2 HondaJet Is Ready to Fly in the U.S.

5 A Look Behind the Scenes at HondaJet
Car video reviews:
Coverstory

The achievement means that Honda’s aircraft complies with European safety regulations and can operate in the European Union. The HondaJet already has equivalent certifications in the United States of America and Mexico. Other countries will follow, as customers gather to buy the $4.85 Million private airplane.

The HondaJet is certified for single pilot operation, and can seat up to six passengers. Honda’s first commercial aircraft claims to be the fastest, highest-flying, most fuel-efficient, and quietest in its class.

These are bold statements, but Honda says it achieves them all thanks to its unique “Over-The-Wing Engine Mount.” The latter refers to a configuration designed to improve performance by reducing drag.

The same configuration chosen for the HondaJet is claimed to provide the largest baggage capacity in its class, as well as the roomiest cabin. From the pilot’s point of view, the new aircraft from Honda comes with a sophisticated glass flight deck, including a Honda-customized Garmin G3000 unit. The latter is a touch-screen operated flight deck, specifically designed for light turbine aircraft.

Naturally, the HondaJet is destined for business customers, and already has been commissioned by several operators in Europe and North America. The aircraft can reach a maximum cruise speed of 422 knots, the ground speed equivalent of 486 mph (782 km/h). Meanwhile, its maximum altitude is 43,000 feet (13,1 kilometers), and has an NBAA IFR range of 1,223 nautical miles. The latter converts to 1,408 miles (2,265 km). 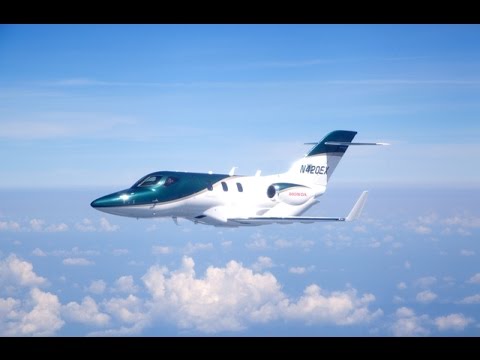