Rome wasn't built in a day. Remember that the next time you'll start working on the project of your dreams. Whether you're thinking about building a house or a car, do consider the implications beforehand. Try to plan everything, gather all of your resources, and remember to be patient throughout the process. If you're going to miss any of these steps, you're bound to make life a whole lot harder on yourself.
6 photos

I should know. And I'm sure that there are plenty of you out there that know how it feels like to live with a project car for years in a row. It's nice to know it's there, but it's annoying to think of the time, money, and energy spent to build it without enjoying the benefits.

So looking at what Mike Burroughs has been working on for the past 16 months feels quite inspiring. He went through hell a few years ago when his beloved Rusty Slammington was destroyed in a fire. But that didn't stop him one bit.

And in January of 2021, the founder of Stanceworks revealed his next masterpiece: a Ferrari 308 GTBi. Of course, before announcing the project, Mike had already devised a plan regarding this next build. And what better way of stirring up interest than to perform an unexpected engine swap?

He decided that his time-attack Ferrari would be fitted with a turbocharged Honda K-series engine and that a Liberty Walk body kit would also be required in the equation. The last time we checked on him, he had just released episode 31 of the build.

Fast forward to April of 2022, he is at episode 93, and it does look like everything's slowly coming together. Mike has been waiting for a set of custom-built wheels for the past 8 months, and by the looks of it, we'll get to see them in a week or so.

You don't have to be an automotive genius to be able to tell that a lot of work has gone into this project. This Liberty-Walk 308 takes "Built not bought" to the next level, and one can imagine how rewarding this car will be to drive when it's done. Just listen to that Honda engine idle! 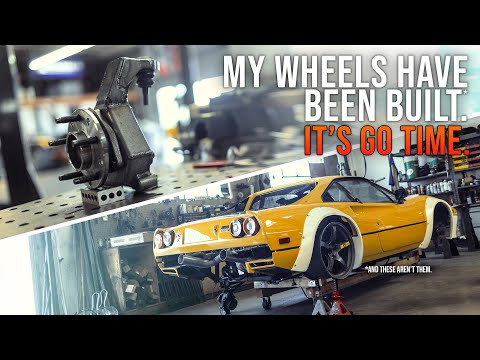 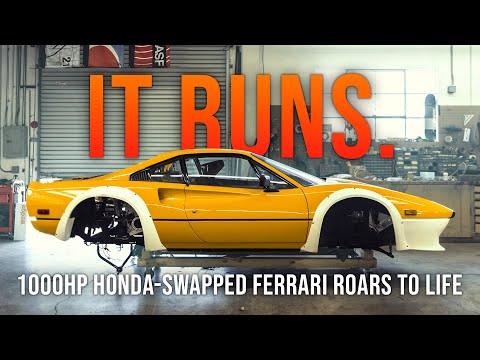