1 Former Stig Tries Out His First Hybrid Ferrari, Goes Flat-Out in an SF90

2 The Walk of Shame: Ferrari F40 Gets Its Face Covered Up After Crashing at Hill Climb Event

Which of the following sentences do you believe in more: "Good things come to those that wait" or "Good things don't come easy"? We've talked about this before, but we'll say it again. Building a project car can be a long, painful and expensive process. Of course, the scale of it all depends on the starting point and the expected outcome. But if you're not a millionaire, a serious project can take years and years to be finalized.
7 photos

Just look at what the guys over at Stanceworks are doing with their Ferrari 308 GTBi. They started working on the car in December of 2020. That's almost 19 months ago! At first, most people probably didn't think it would take this long.

But then again, the scale of the project was bound to require quite a bit of effort. After all, when's the last time you saw a time-attack-ready, widebody Ferrari with a turbocharged Honda engine inside? This is not the kind of project you can find off-the-shelf parts for.

Well, at not least not all the parts. For instance, custom control arms were built in-house. Mike Burroughs has put in a lot of effort, and probably a lot of financial resources into making his vision come true. The last time we had a look at how things were going for him, the car was still suspended on jack stands with no wheels on it.

If you're going to build an impressive time attack car, you're going to need some BWE: big wing energy! RS Future was responsible for delivering the new wing for the Ferrari, and you just couldn't have it any other way considering the widebody kit on the car. Mike finally opted for a set of Rotiform wheels for the car.

The ROC-H rims are insane to look at, considering their measurements: 18 x 10.5" up front and 18 x 12" for the rear axle. You need plenty of grip with a time attack vehicle, and the Nitto NT01 tires should be up to the task. With any luck, this car might be ready for some track action by the end of the summer. 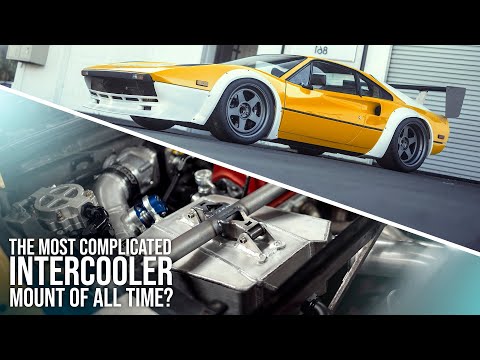 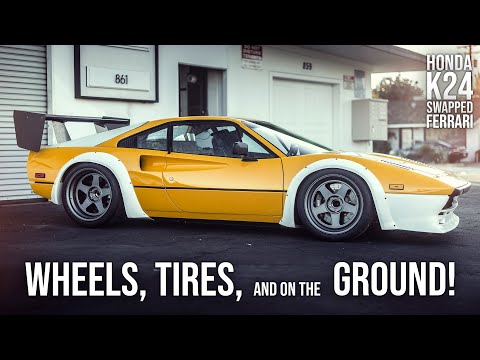