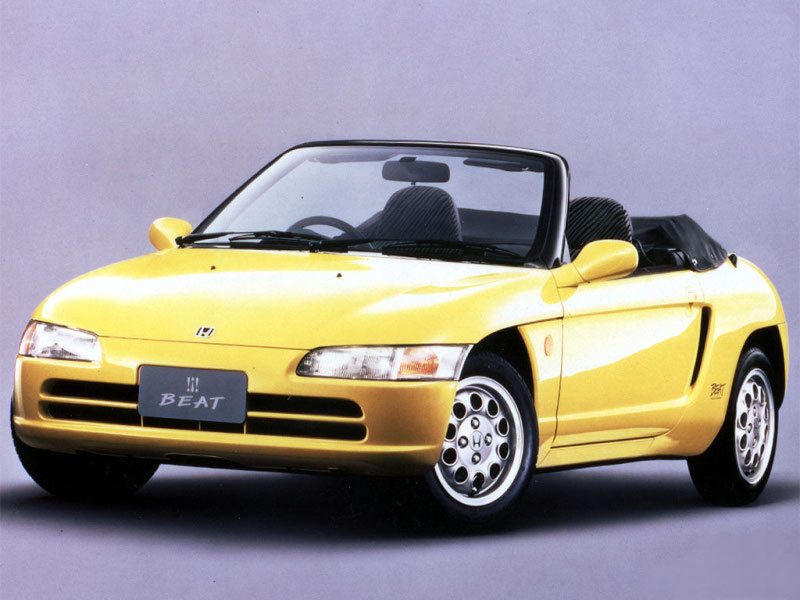 Japanese automakers have longly been described as less-affected companies when it comes to damages caused by the economic chaos, mostly thanks to their increased appetite for fuel-efficient models. And Honda now aims to continue the tradition with a new "kei" car especially aimed at the recession but details are pretty sketchy for the time being.

Nevertheless, according to a report by Best Car Japan, Honda is currently considering plans to relaunch the Beat nameplate in the domestic market, with small-displacements engines and affordable price likely to be the main attributes of the whole range.

The first Honda Beat that was produced for about five years, between May 1991 and February 1996, came equipped with 3-cylinder engine, rear wheel drive and mid-engine configuration, with maximum output going as much as 64 PS. However, according to 7tune.com, the upcoming model, if there will be one, will be slightly different, with the engine now mounted in the front and featuring a front-wheel drive.

Furthermore, the new Beat would adopt the same turbo 660cc engine from the other small cars in Honda's Japanese product lineup, such as Life, Zest and Zest Spark, the aforementioned source added. Although it's still unclear, these first rumors claim the model is expected to go on sale somewhere in 2011 to compete with Daihatsu Copen.

The initial 2-door roadster sold during the '90s brought a remarkable success for the Japanese automakers, as sales exceeded 33,000 units in about five years of availability time. Based on a design by Pininfarina who sold the rights to Honda, the Beat was the last car that entered production before Soichiro Honda, founder of the Japanese automakers, died in August 1991.