Harley-Davidson FXDR 114 Is a Porsche on Two Wheels, Almost Priced Like One

Honda is working on the Prologue, its first volume battery-electric vehicle as they call it, and they have just dropped another teaser with emphasis on its design.
9 photos

Shot in the company’s design studio in California, the video highlights its styling development and showcases a clay model that is very similar to the one in the official sketch dropped earlier this year. It has a long wheelbase, thanks to General Motors’ Ultium platform that is shared with the Chevy Blazer and Cadillac Lyriq, and will be instantly recognizable as a Honda.

“Designing the first volume Honda electric vehicle gave us more freedom than a vehicle with an internal combustion engine, and we can stretch our imagination, especially in styling the front-end,” said exterior designer Sang-Hyuk Ahn. “We envisioned Prologue with a longer wheelbase, shorter overhang, and capable tires to create sporty proportions, and a stronger stance.”

The Prologue is the brand’s first model designed primarily via virtual reality visualization that has made it possible to visualize it in all sorts of environments. By using this technology, Honda has also accelerated the cross-collaboration between its styling teams in the United States and Japan.

“We were able to see Prologue in digital environments that truly resemble the real world. By simulating and evaluating colors, materials, and even lighting in a virtual 3D environment, we were able to explore possibilities that took styling to a higher level,” commented Honda Design’s VR and CG designer, Marco Tan.

Said to have a “strong hint of the well-received Honda e in the front fascia,” the Prologue is due in 2024, the automaker says. That is also when we should get the first copies of the battery-electric crossover in our market. Honda will drop more details about it in the coming months, and they might even end up spilling the beans on its styling sooner than expected. 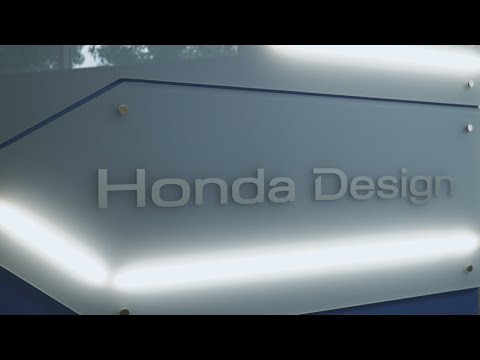