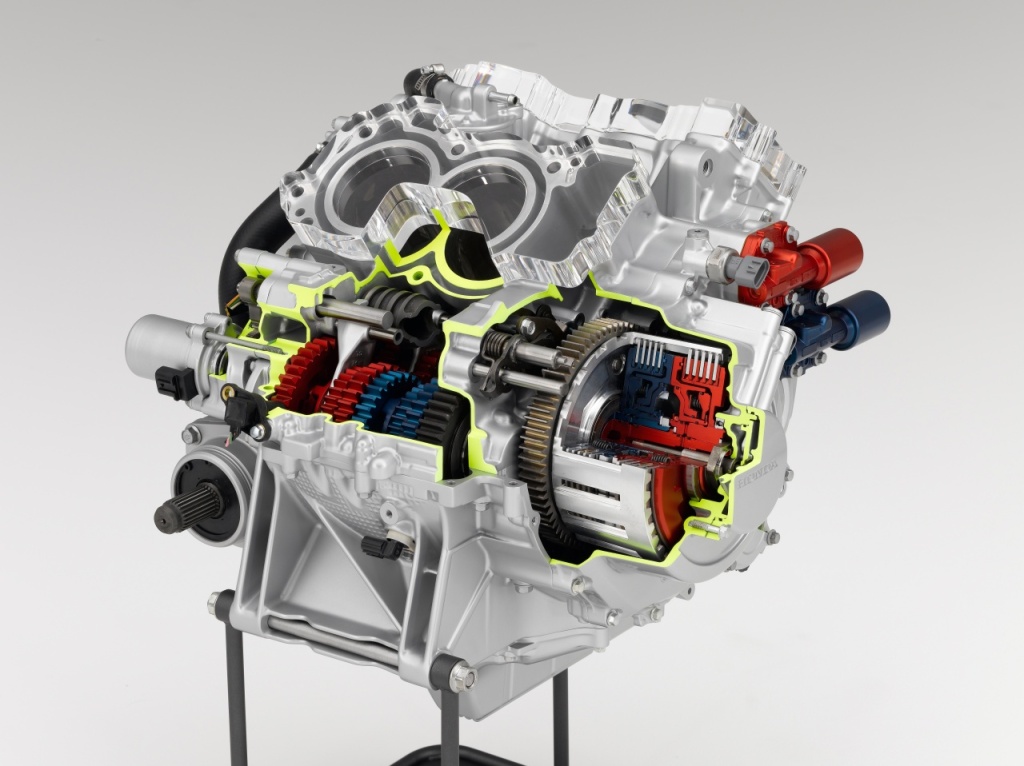 Not only that Honda is preparing a new sport-tourer powered by a V4 engine with displacement of 1200cc set to take the place of the defunct Blackbird, but the model will also come with the world’s first fully automatic motorcycle dual-clutch transmission for large-displacement sport bikes. At least according to the Japanese manufacturer.

The bike, called VFR1200, will only mark the debut of new technology, as Honda says that it can also be applied to the existing engines and platforms in the company’s sportbike lineup.

So what are the benefits of this transmission for the riders? Well, Honda promises a precise acceleration control thanks to an electronic technology that ensures smooth gear changes. There are three operating modes, namely two full-auto modes (D-mode for regular operation and S-mode for sporty riding) and a 6-speed manual mode.

The difference between the existing technologies and Honda’s new one are the dual input shafts, the innovative in-line clutch design and the concentration of hydraulic circuitry beneath the engine cover.

The new transmission features a dual clutch transmission configuration in which independent clutches are employed for the odd gears (1st, 3rd, 5th) and even gears (2nd, 4th, 6th), respectively.

The new VFR equipped with the new transmission will be released in Europe and North America in 2010, with sales set to begin later in Japan.