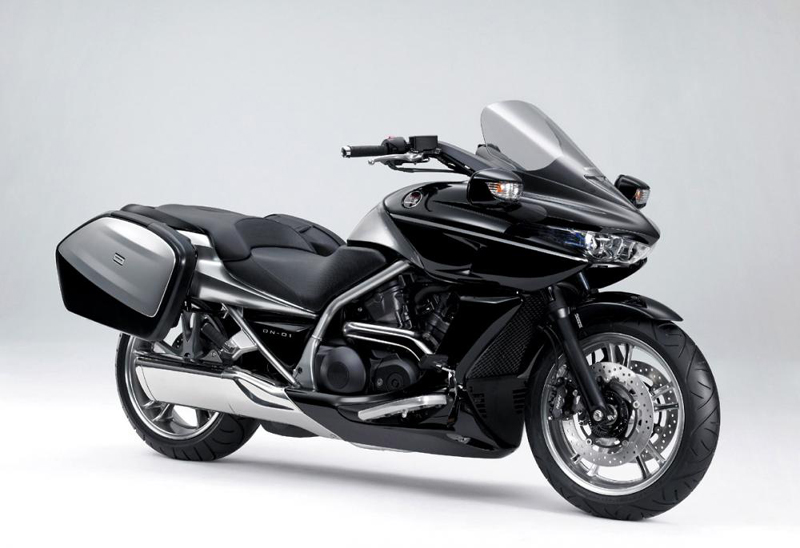 As a Japanese manufacturer, Honda could not miss the 2009 Tokyo Motor Show, and announced the lineup for the event, which also includes numerous two-wheeled vehicles to the delight of many motorcycle enthusiasts out there.

Therefore, visitors to the event scheduled to open its doors on October 24 should serious consider making a stop at Honda’s motorcycle display, which will feature both world and Japanese premieres, six and five respectively, some even being a breakthrough in the industry.

Starting with the world premiere of the CB1100, there will be two motorcycles on display, namely the production model as well as an unseen cafe-racer concept. The Japanese manufacturer did not reveal any information yet, but the CB1100 will likely use a slightly different engine to the prototype which is believed to be physically larger.

The pair of CB1100s will be on display next to an electric Cub step-through prototype and a touring version of the automatic DN-01 Touring Concept. Moreover, some eco-friendly motorcycles are set to be showcased as well, fitted with the PCX, an idle stop function-equipped global scooter that delivers outstanding fuel economy, and the EVE-neo, an electric-powered scooter.

However, the highlight of Honda’s Tokyo exhibit will be a VFR1200F sport touring bike equipped with the world's first Dual Clutch Transmission for large-displacement sport bikes. However, according to a previous statement released by the manufacturer, the bike will only mark the debut of the new technology, as it says that it can also be applied to the existing engines and platforms in the company’s sportbike lineup.

The new VFR equipped with the new transmission will be released in Europe and North America in 2010, with sales set to begin later in Japan.