The crypto boom has died. Or has it? While I've pulled all my funds out of this volatile industry, here comes Hivemapper with a way for you to earn cryptocurrency from their ecosystem by simply driving around and capturing your journey with a special dashcam.

For most of us, cryptocurrency is dead; however, there are still a number of crews that keep on working within this ecosystem. One such team is Hivemapper. The game here? Simple: to map your neighborhood, city, state, and even country, all the while helping you cash in on something called Honey, tokens available to drivers logged into this network. But there's a tad more to the story of Hivemapper, so let's dive in and see if any of this is worth it.

As I explored more of what this growing idea and company have to offer, I thought they might be onto something here. For example, one of the most common issues I've encountered while using a map service like Google, Apple, or most other mapping services, is that businesses close and new ones open, but "Street View" stays the same.

This is due to the infrastructure that big companies use to map a city or town; there's typically a car or two that simply drive around town, recording changes along the way and mapping changes to roads. Most of us know the feeling of spotting a Google car with a bunch of cameras mounted to the roof; something of a unicorn.

Well, breaking away from this old way of mapping roads and changes in your town is Hivemapper, and the way it's being done is so simple that you can figure it out on your own, even if I stopped talking about this subject right now. Luckily for all of us, I need to make my own paper, so read on.

Listen, it's really simple. Instead of just one or two cars mapping your town, now there are tens to hundreds, and each specialized dashcam feeds live information through your app to servers somewhere. That information – the name of the game – is then used to simply update the Hivemapper network, bringing you tokens along the way. Exactly how all that works is unknown to me - I'm no programmer - but Hivemapper does pride itself on you having to do nothing more than an initial "20-minute setup" and drive.

Considering that Coin Market Cap is showing Hivemapper Honey coin as selling for $0.258 (€0.25 at current exchange rates), this story may have some fuss about it. The lowest it has ever sold for, considering this company launched in November 2022, was $0.11. My only question is how easily you can make these coins and how they can be sold or transformed into cold hard earnings outside of the Hivemapper ecosystem.

While looking into how we make our bucks, I realized there are quite a few ways to rack up those crypto creds. One way is to simply drive around, capturing footage, but another is by sending in "quality" footage, updates to the network about traffic lights, route coverage, and route novelty. Then, there are things like "multipliers" and even making Honey without a car. But "taxes" are mentioned, too. This ecosystem even has "team" rewards, given out upon 100% completion of a region to those involved in the mapping process.

While this crew is fresh on the scene, folks from all over the world have already begun using this network, and cities like New York, L.A., and even Amsterdam and Seoul have mapped bits and pieces. According to stats from Hivemapper, over 5,500 dashcam preorders are pending in 66 countries, each selling for $550 a pop. Hmm, there may be something going on here worth exploring even more.

All that's left to do now is figure out how fast I can cultivate Honey while driving around because, honestly, I could care less about what that camera is capturing; I just want my dang Honey! 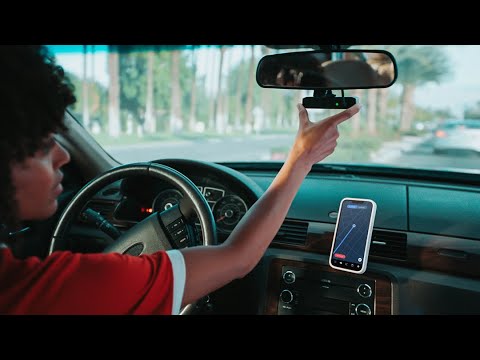