4 Half a Century Ago, the USA Went to the Moon. Watch the Original Launch Video

Home > News > Space Junk
Elena Gorgan
Moon landing conspiracy theories have been around since the 1970s, a short while after Apollo 11 astronauts set foot on the “new world” in July 1969. This is another take on those theories, with an educational twist.
6 photos

Sometime in 2019, media artists Francesca Panetta and Halsey Burgund from the Massachusetts Institute of Technology decided to put together a short film that would warn of the dangers of misinformation using deepfakes. Deepfake is a portmanteau of two terms, “deep learning” and “fake,” and involves AI being used to replace a person in an existing video or photo with someone else.

In Event of Moon Disaster the film represents 6 months of hard work from an entire team of editors, researchers and media people, with support from two AI companies, Canny AI and Respeecher. Its goal is to rewrite history, by turning the first landing on the Moon into a tragedy.

As the Apollo 11 crew was getting ready for liftoff, William Safire, one of President Richard Nixon’s speech writers, delivered a contingency speech. In case the astronauts didn’t make it back safely back on earth, the President would deliver the “In Event of Moon Disaster” speech. Nixon never did – until now, decades after his death.

Using a variety of deepfake technologies, traditional video editing, video dialog replacement and voice conversion, the MIT team was able to rewrite history and have Nixon (more or less) convincingly deliver that speech. It’s an ode to Neil Armstrong and Edwin “Buzz” Aldrin, and the movie is edited in such a way as to come across as legit footage of that time.

MIT is now showing the video as part of a campaign to raise awareness on the dangers of misinformation through technology. The website Moon Disaster serves the same purpose, including all the details that went into the production. If there ever was a time to not believe everything you see online, this is it. 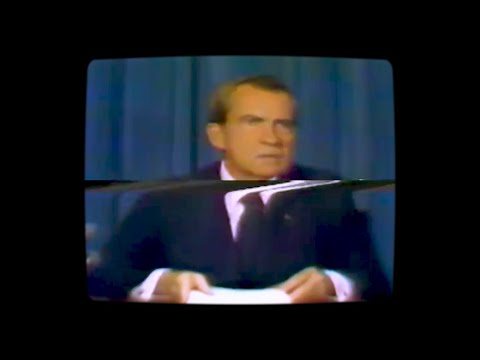 What if the moon landing had ended in disaster? Our #deepfake reimagining of the #moonlanding, In Event of Moon Disaster explores just that. Can you tell what is real and what is fake? Find out: moondisaster.org