Everybody knows about the BMW Isetta and the Peal P50 these days. For a while, people ignored them and though they were just novelty items for collectors, too strange and impractical to be used by real motorists on their daily commutes. But then the financial crisis started hitting hard, credit got tight in Europe and America, while fuel prices never let up. With that, since about 2010 or so, people have been calling these more famous bubble cars “revolutionary” and “ahead of their time”, which they are, but they’re not the only ones.

History of the Japanese Kei Car

The idea of a tiny car came just after the Second Wold War. Just about every big nation was left hungry for resources as all the steel and petrol had been used up by the tanks, the bombers, the pistols and the artillery shells. The need for small, cheap cars that you could use to travel for short distances came about.

Countries like France, Germany, the United Kingdom and Japan found they had the know-how and especially the need to develop small boxes on wheels that could be run using very little fuel. 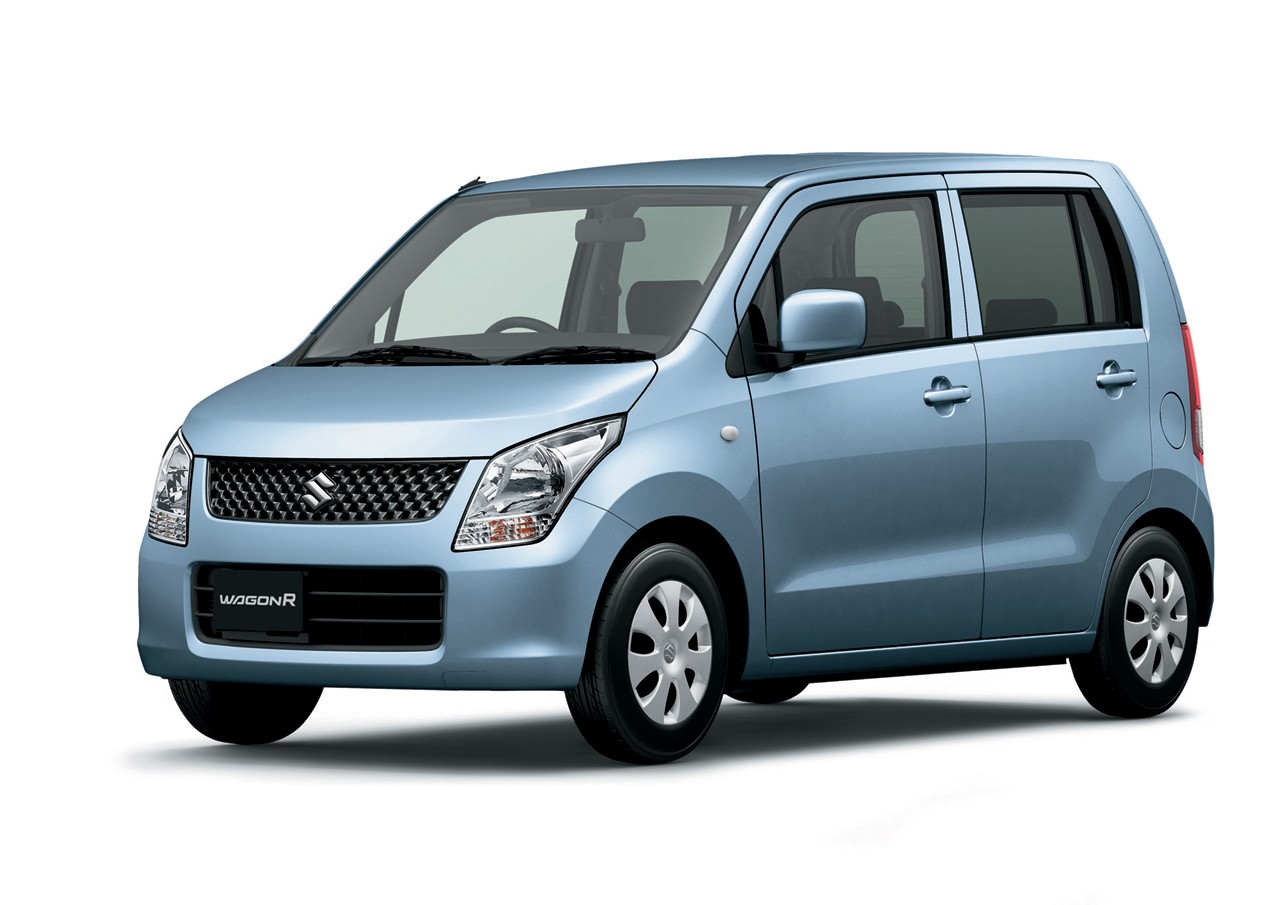 Today, we’re going to talk about the Japanese kei cars, which at first seem like clown car versions of normal sized vehicles. Once we’ve delved deeper and got to know these diminutive motors, we realized there’s a lot of history that needs to be heard.

Nowadays, kei cars are really small vehicles – cars, vans, sportscars and pickup – trucks that benefit from certain tax and insurance regulations that make them much cheaper to run than regular vehicles in Japan.

These cars have been re-engineered and have gone on sale in other markets as well, including India and even Europe, especially Suzuki’s models. But their success is mainly limited to Japan, and that is where we’ll start our journey of discovery.

As we’ve mentioned previously, many nations had been affected by the Second World War, and the devastated Japanese nation was among the worst off. After the war, the nation’s economy was in tatters and people’s income levels were very low. Just like China or India a decade ago, before they boomed, post-war Japan was filled with people who could only afford motorcycles, not personal automobiles.

The concept of the kei car got off the ground in the early 1950 as a sort of utilitarian transport for both private owners and to get the economy off the ground by offering small business as convenient and cheap workhorse.

The first time the class was created was in July 1949, but restrictions were a bit severe on the motor. At first, manufacturers could only make them with 150 cc four-stroke engines or 100cc two-stroke engines. This was revised to 300 cc and 200 cc respectively in 1950. The following year, it was revised again to 360 cc and 240 cc, but it wasn’t until 1955 when both classes were allowed 360 cc engines that the market really took off. 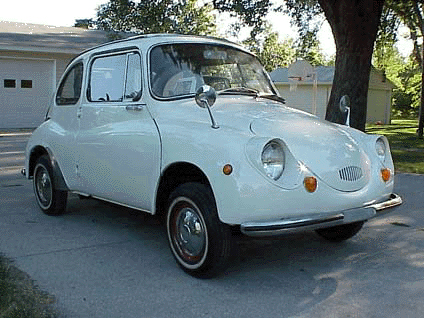 The first truly successful micro car sold in Japan is largely considered to the Subaru 360. This is also the very first mass production automobile built by Fuji Heavy Industries’s Subaru brand. The car entered production in 1958 and was dubbed the ladybug for its shape. Its original form was only 2,990 mm long (118 inches), could seat up to four passengers and was of course powered by a tiny two-stroke air-cooled 356cc engine that started out with 16 horsepower. This rear engined, rear-wheel drive kei car came with a three-speed gearbox, and as you can expect performance was… iffy.

The Subaru 360 is considered a success story because well over 300,000 of them were sold until the model was phased out. It even made it as far as America as a sort of alternative for the Volkswagen Beetle. Sporting 66 MPG and a price tag of under $1,300, the Subaru 360 was the cheapest car you could buy. But eventually it was deemed a deathtrap and was pulled off.

As interest was starting to peak, engineers gradually made better and better kei cars throughout the ‘60s, introducing features like disk brakes, bigger carburetors for more power and even automatic transmissions.

The Japanese state steadily stripped away the benefits offered by kei cars in the early 70s, also imposing strict emissions regulations. Companies went through a rough patch, as the market shrank severely. 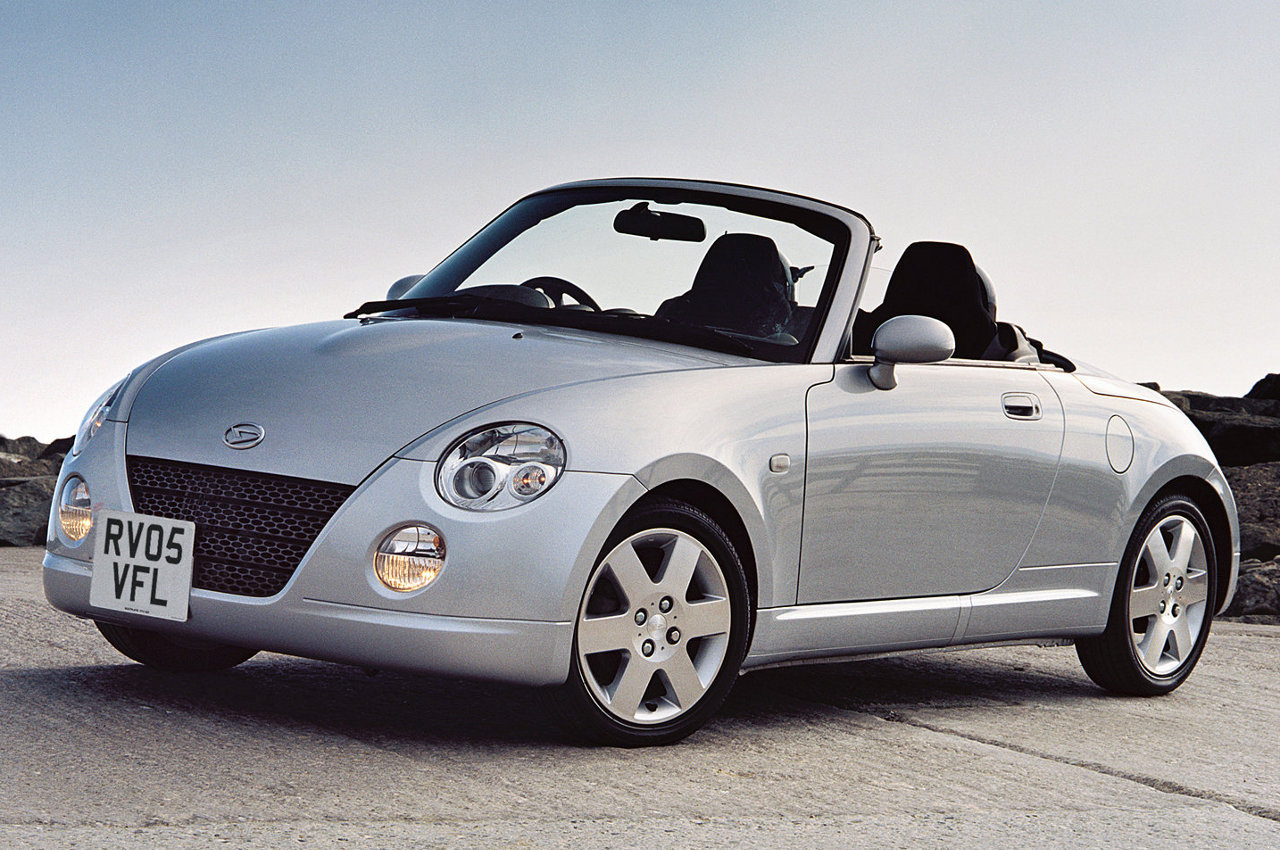 Kei cars are we know them today only became a reality in 1990, when engine capacity caps were lifted to 660cc. Carmakers were increasingly using forced induction to get more power, so to keep Japan’s air clean authorities imposed a restriction on the power to 64 hp. At the same time, these small boxes are increasingly having to become much safer than ever before. So who really goes for these sorts of motors these days?
Honestly, by now you should have realized kei cars are not as strange as they originally seemed, since some are actually rolling around European cities as well. In Japan, they are mainly bought by Women. The little cars are big with housewives who only need them to do the shopping. They are also used by first-time drivers and young girls in Japan actually consider them a fashion statement, a bit like the Fiat 500.

The cars are convenient around town, cheap to run and also to ensure. Japan also gives you a break on parking charges and other fees.

Japan has always been known for the way it ‘learns’ from other people’s designs, so we’re going to end this interesting story on a funny note, with a list of kei cars that look like shrunken versions of other, full-sized automobiles. 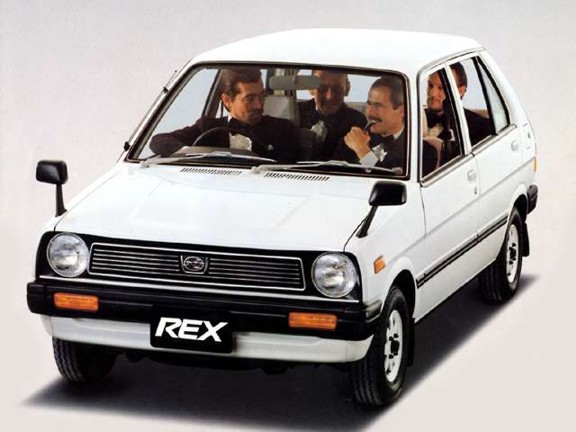 The Volkswagen Golf made history for the German auto manufacturer as it is the best selling car ever manufactured by Volkswagen. The first generation was launched in 1974 and became known the world over. Six years later, Subaru launches the second generation of the Rex. It was sold as a three and five-door hatchback, just like the Golf. The engine was in the front, just like the Golf I. However, the most striking thing is how similar the two look look from the front and down the side.

Obviously, Subaru didn’t make a Golf clone. The Rex was quite interesting for its time. It got four-wheel drive in 1984 and a turbocharged engine soon after that. This very model of car was eventually sold in Europe under the name Subaru 600 or 700. When it was imported over, it got more power and bigger wheels. Suzuki Cappuccino: a Bit of Dodge Viper, a Bit of MX-5 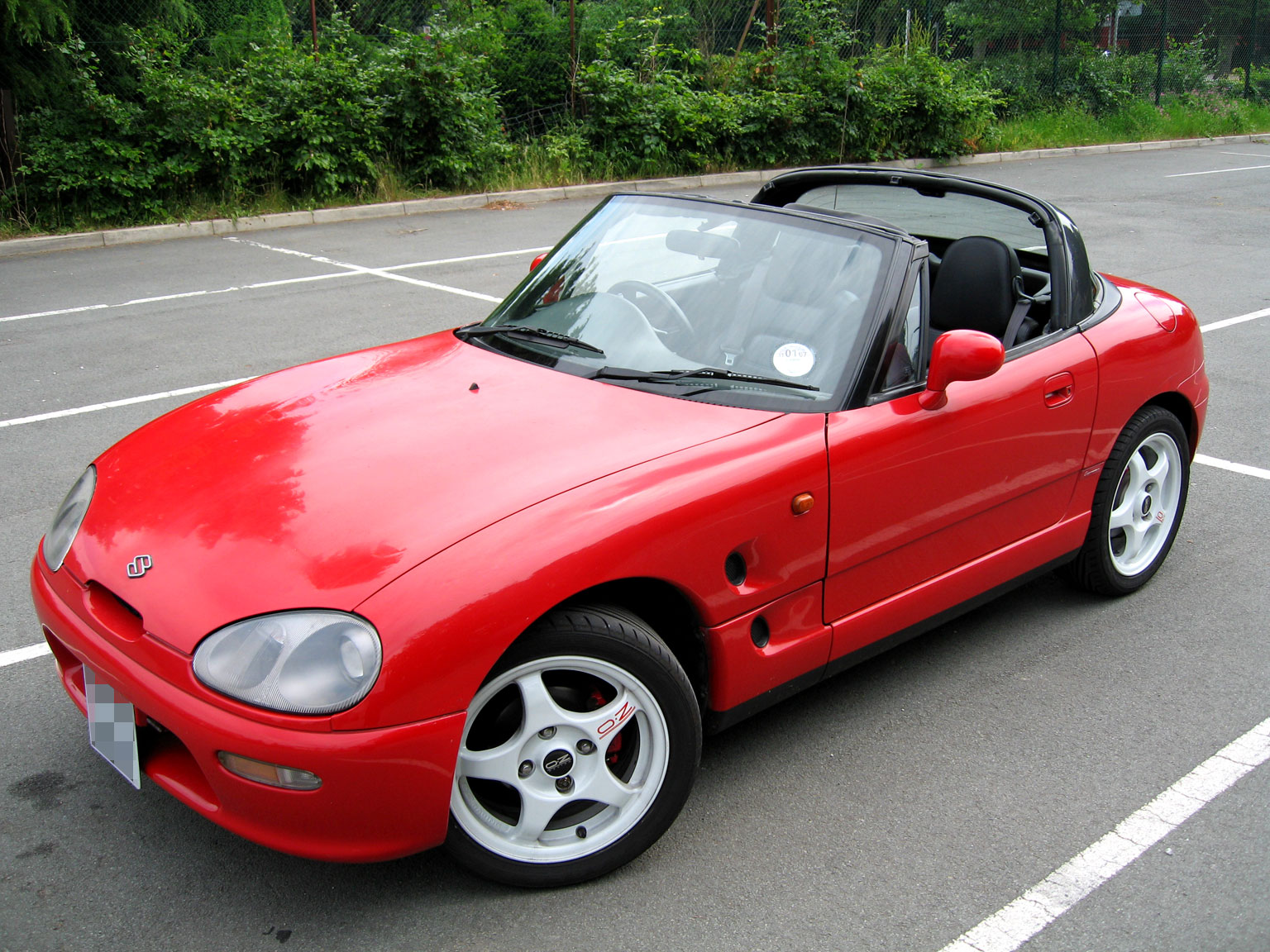 You thought that smart invented the two-seater light sports car with a tiny engine? Think again – this is the Suzuki Cappuccino, a two-seater, two-door car with a hardtop that you could take off. Depending on the market, it was fitted with a 660 cc, 3-cylinder, DOHC 12-valve engine with turbocharging and the maximum output of 64 hp.

Because they were right-hand drive, the Cappuccinos were able to be imported to the UK market easily and about 1,100 of them were reportedly sold. From what we understand, they were also distributed to Germany, though still in RHD.

What’s striking about this car is how much it looks like a tiny Dodge Viper, the original one Though they couldn’t really copy that since it came out in 1992, so the likely source of inspiration was the Miata.

The Cappuccino is… cute but not sporty. Still, it’s amazing to thing it’s half the weight of the Viper and comes with an engine that’s 12 times smaller. You just want to grab it and put it in your pocket. 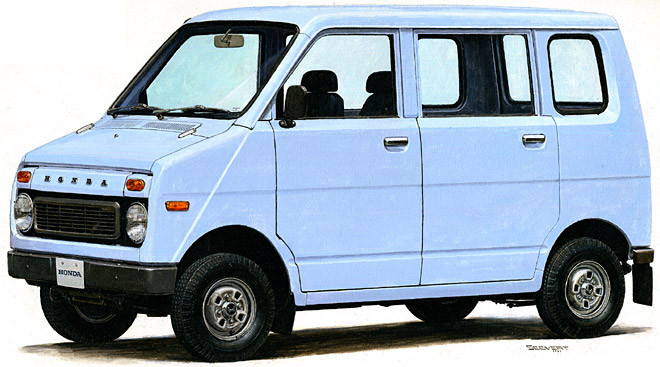 Yes, the Japanese shrunk everything, even the vans. This is the Life Step Van and it was launched in 1972 with a 30 hp 356 cc engine. It has a striking resemblance to just about every Ford or Dodge van from that time.

This sexy little machine could cary half its own weight. The Life Step Van could cary as much as 300 kg (661 lb) with two passengers, though if you had a full tank of gas that wasn’t possible.

Just like every other kei car, it’s quite cute. The working clown’s van has tiny wheel, and the front end somehow almost seems like it’s struggling to make a serious face. Oddities: Honda Vamos – Spirit of the VW Bus 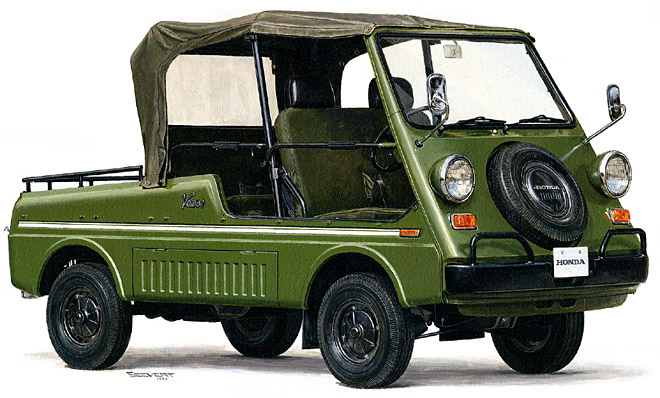 The history of kei cars is filled with oddities. Besides the cars themselves, there’s also a kei truck class and in 1970 Honda thought this was the ideal vehicle for it. This rugged Jeep of the East was sold in limited numbers, but not due to the lack of innovation.

It featured a 2-cylinder 356 cc engine, which was mounded in the middle of the car. Honda was banking on the popularity of its rugged bikes, but it didn’t work. You could take out the top and the rear seats, and all the instruments and dials were waterproof.

The Vamos has a spare tire at the front like the Volkswagen Type 2 bus and it looks like it can tackle a jungle. But it doesn’t have AWD and not many people in Japan wanted to be exposed to the elements. Suzuki Jimny: The Kei Truck Spells Global Success

Most of you have probably heard of the Suzuki Jimny, and that’s because this is the Japanese automaker’s first globally succesful model. Nowadays, it’s a available with a “big” Renault 1.5-liter diesel engine, but in Japan it’s actually a kei truck.

The first generation of the Jimnys are the LJ10 models built from 1970 with a 356 cc two-stroke motor that produced 25 hp, delivered through a 4-speed manual. The best part was that it came with all-wheel drive and large diameter tires.

This and the brick-like shape somewhat compromised speed, as it would only do 75 km/h (47mph), but there were obvious advantages, and it served as a platform for global models.

The engines were gradually increased in size and the biggest one we know of is the Peugeot sourced 1.9-liter diesel used in the second generation. Better suspension, full interiors and upmarket features were gradually included, and we are now at the third generation, which started production in 1998 and is soon likely to be replaced by a fourth. The Electric Kei Car 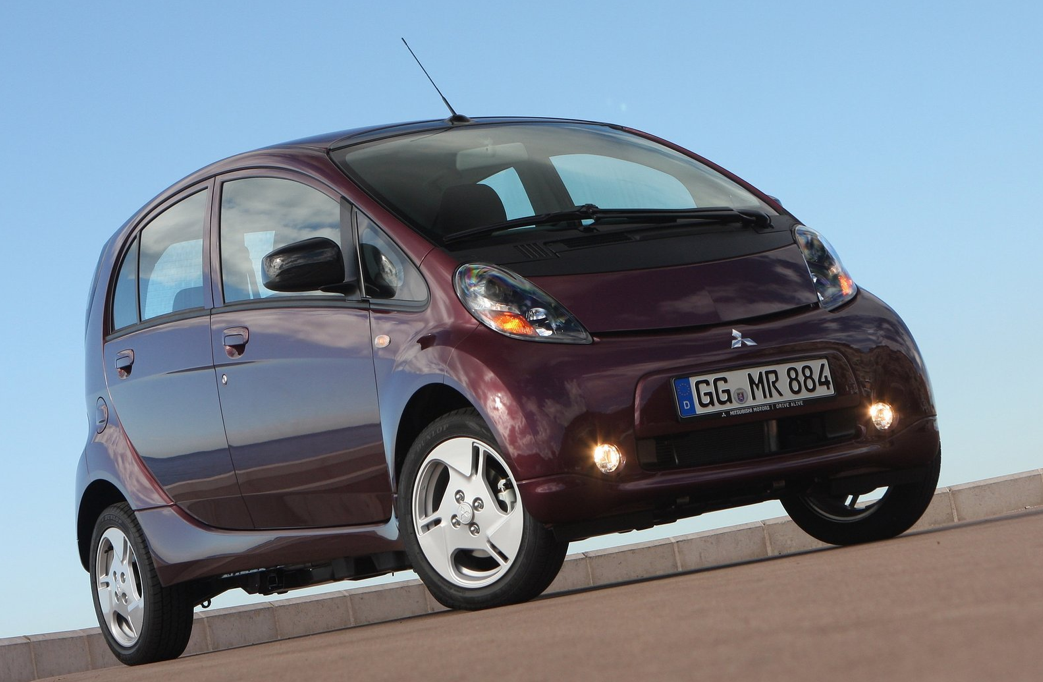 Obviously, the Mitsubishi i is not the only electric kei car in the world, but it’s interesting to note that what people in America or Europe believe to be a dedicated EV is actually a kei car converted into one.

The Mitsubishi i was launched onto the Japanese market in 2006 as a five-door hatchback with futuristic styling and powered by a 660 cc MIVEC 12-valve, three-cylinder engine and fitted with a four-speed automatic as standard. As with all modern kei cars, power is limited to just 64 hp (47 KW).

We also like the i because it’s got its engine in the back and is built from aluminum, while also offering McPherson strut front suspension and and one of the longest wheelbases we’ve seen in a kei car.
While the electric version is virtually a flop, the i itself was a big success that won numerous awards and exceeded Mitsubishi’s sales expectations.
The EV version came in 2010 in Asia and Europe, and in 2012 for the United States. It’s even got a couple of “French” twins that are actually also produced in Japan, the Peugeot iOn and Citroen C-Zero.

Mitsubishi i 660cc in Australia

Besides Its Rocket Fleet, SpaceX's Recovery Ships Are the Envy of Any Space AgencySee all coverstories