4 From Dacia 1300 to Dacia Logan/Duster. The History of a Controversial Brand

← Continued from Page 1 of "History of Police Lights and Sirens: The Terrifying Duo that Scares Away Criminals"POLICE LIGHTS

History of Police Lights and Sirens: The Terrifying Duo that Scares Away Criminals (Page 2)

Nowadays, there are a lot of emergency lights systems being used all over the world, and we won't talk about each of them, so let's just concentrate on their roots.

Police lights have been around for a while and, although the most common type today is the so-called lightbar, there was a time when the whole system was a lot simpler. In 1940, police departments used just a single beacon to attract everyone's attention and let them know that an official vehicle is approaching. Just like it happens today, when the light was turned on, the other drivers (if any, given the traffic values at that time) were requested to clear the road and thus allow the police to pass safely.

Using this kind of technology had multiple advantages and the ace up its sleeve was definitely the cost. Purchasing a single beacon was of course a lot more affordable than investing in more complex solutions. Plus, since cars weren't quite that fast at that time, the air resistance such a beacon had to face was pretty low, which means it could serve its purpose very well.

But time passed by and law enforcement agencies looked for more advanced and, extremely importantly, more efficient technologies. The single beacon we were talking about turned into a magnetic-mount system that allowed on-the-go use and which, in its turn, got replaced by full-sized lightbars with multiple beacons.

What you're seeing today is what could be called the modern lightbar which is, in essence, a contemporary interpretation of the traditional lightbar introduced in early 1990s. Of course, the whole technology is a lot more complicated and includes, among others, strobe lights, LEDs for greater efficiency and less energy, flashing lights and many others.

Obviously, the police lights colors may vary by country and the law enforcement organization that owns the vehicles. While in the United States most of the lights are red and blue, on other continents police may stick to blue alone but, again, this also depends on several factors. Some other emergency vehicles also use blue or red alone. 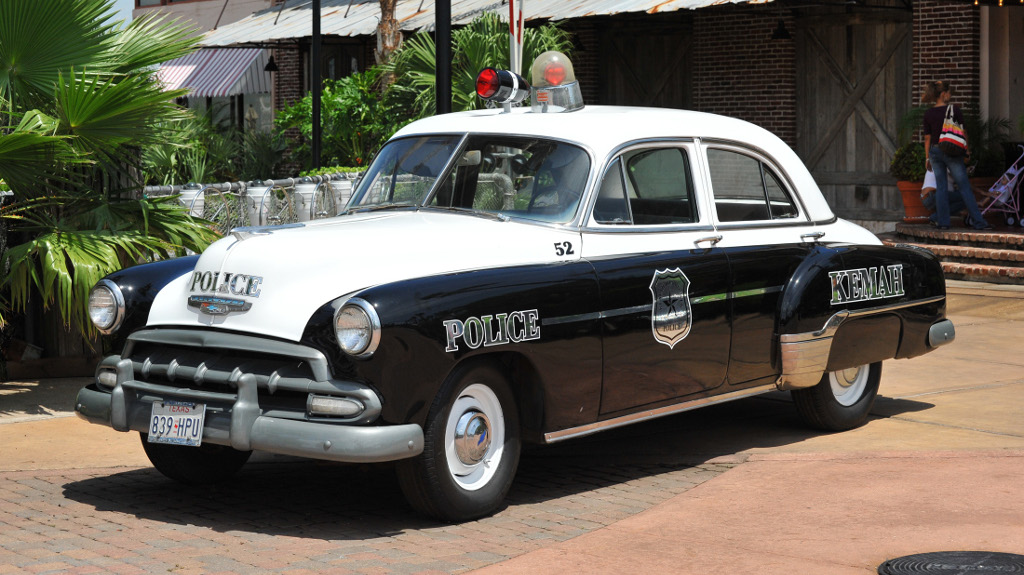 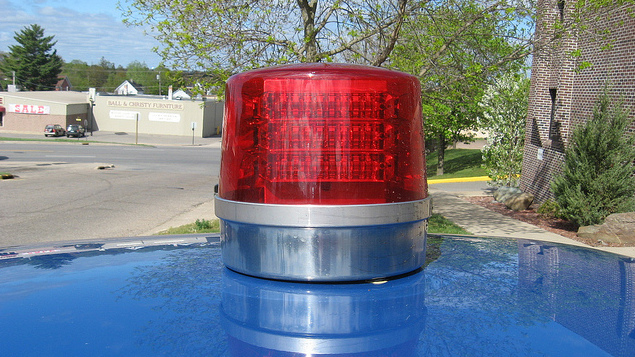 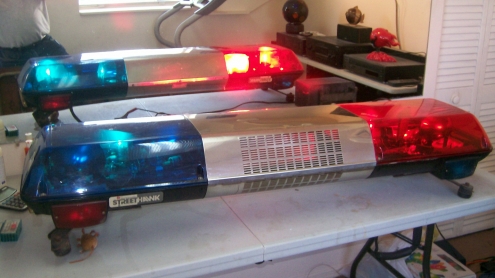 But how come they use blue and/or red? That's a good question actually. And no matter how hard we strive, there's no accurate answer to this question.

Still, what seems to be the most plausible explanation concerns color blindness. People suffering from blue color blindness can distinguish red elements without any problem and vice-versa. The two colors are on a different spectrum when it comes to this inability and plus, they can be easily observed at night.

Although we all agree that a police light is pretty easy to notice, authorities had to face criticism coming from many organizations around the world. Strobe lights can very well trigger seizures if bystanders suffer from photosensitive epilepsy, so manufacturers had to modify their technologies to comply with the new requirements. While some lights internally flash around 10 times per second, British institutes claim a maximum of 5 flashes per second is needed to keep 95 percent of the epileptics on the safe side.