3 Rally Finland Announces Changes for 2010 WRC Event
Up Next

Hirvonen Crashes Out of Rally Finland 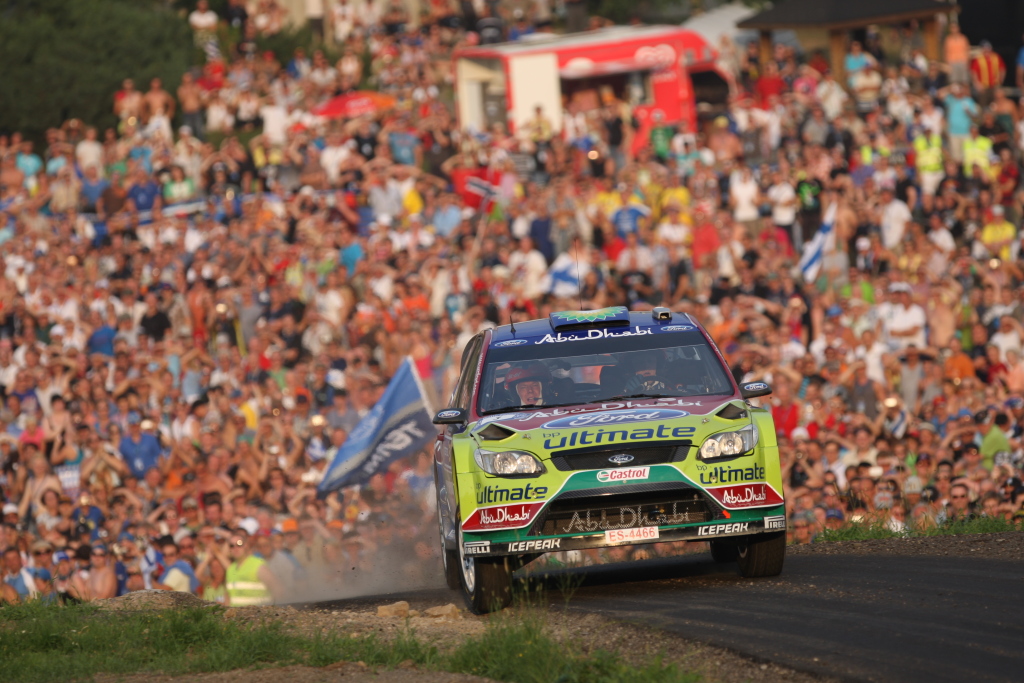 Sebastien Loeb did not have the rally start of his dreams in Finland, but then again he's still up and running after 4 stages of the event, which is something one can't say about early pace setter Mikko Hirvonen. After taking two stage wins this morning and detaching himself to more than 4 seconds from privateer Petter Solberg, the Ford driver was struck by bad luck on SS4.

On the Urria stage, while trying to go flat out on a jump, his Ford Focus RS WRC landed badly and afterwards rolled several times, causing extensive damage to the car. Fortunately, neither him nor his co-driver Jarmo Lehtinen were hurt in the crash, according to Autosport, but they are likely to sit out for the remainder of the Friday action in Finland.

Hirvonen's crash leaves Solberg all alone in the lead, some 3 seconds ahead of Hirvonen's teammate at Ford, Jari-Matti Latvala. The Finn is followed by new Citroen Junior Team's Dani Sordo, who managed to finish the first 3 stages of the rally ahead of Loeb and his new works teammate at Citroen Sebastien Ogier.

The reigning world champion has had his share of troubles during SS3 of Rally Finland, being forced to remove the front bumper of his Citroen C4 WRC and constantly complaining about the car's poor steering.

“It's so fast here that aerodynamics are very important. The car is undriveable. Every corner I try to steer, the car is going straight. I have to turn in on the brakes. The car is impossible to drive. I was surprised that the car was like that. Incredible, it's missing all the (aero) effects,” said Loeb.

Before SS4, Loeb was impressed with Hirvonen's form in Finland, as the Ford driver had put several seconds between them despite experiencing a major crack in his windshield. “I was flat out but Mikko is flying,” had said the Frenchman.