Earlier this week, a viral story seemed to mark a new low for Tesla’s Model Y quality control issues, when a brand new owner claimed the glass roof simply flew off the car as it was speeding down the highway. More details have emerged.
1 photo
The story was initially posted to reddit by a user going by “Indescribables” and then surfaced on Twitter on an account ran by Nathaniel. It claimed the Model Y was brand new and had no visible issues, but that passengers experienced loud wind noises before the glass roof pretty much took off on its own accord.

No one stopped to pick it up, but they did notify Highway Patrol of the incident, the user said. Strangely enough, though we live in a time when pretty much our every breath needs to be documented for social media, this was one instance where no camera was rolling. The user provided only the video you see at the bottom of the page, of a roofless car with what looks like a female driver at the wheel.

Because the Tesla community came after the user hard, he’s going on the record with more details into this strange and, if true, unsettling incidence. He identifies himself to InsideEVs as Nathaniel Chien and says he only accompanied his mom and dad to the Dublin Tesla Service Center in California, so they could get a car. They had to choose between a Tesla and a Lexus and settled on the former. The car was bought in dad’s name, for the mom to use – that’s her driving it.

When the incident happened, they had driven it from Dublin to Hayward and were coming back: they had had the car for just two hours. They were some 15 minutes from the service center, which explains why he doesn’t have more proof: they took the car right back, so they no longer have access to footage recorded by the cameras on the Model Y.

Chien says the manager at the service “offered to get the car serviced for free” but his parents asked for a new one. He would personally take a new Model Y, on the belief that no one is as unlucky as to receive a car with such factory defects twice in a row, but he’s not so sure about his parents. They might go for that Lexus, after all.

As for wild claims that the story is fake, it’s not. Chien claims it’s not, at least. He says Highway Patrol or maybe even the Tesla service could confirm it, but neither has as of this moment.

“I understand that the photos aren't high quality, but I can't imagine what reason somebody would have to fake this,” he argues. “It's honestly been pretty stressful explaining everything and trying to get people to believe me. I just ask for the benefit of the doubt.”

Even though his experience with the Tesla community hasn’t been the best, given how they came for him for telling his story, he still likes Teslas. Just not when their roofs fly off. 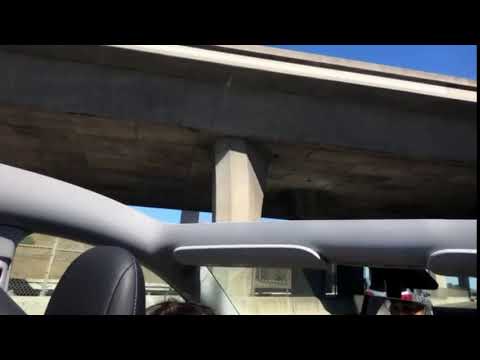 Hey @elonmusk why didn't you tell us that Tesla sells convertibles now? Because the roof of our brand new model Y fell off on the highway pic.twitter.com/s8YNnu7m9L