4 Sony Xplod to Use TomTom

The Consumer Electronics Show (CES) in Las Vegas is officially open, once again aiming to dazzle the crowds attending and the people watching from afar with wonders for the future, be it very distant or less so. CES is the place where we got to see this year the Lenovo foldable PC, Samsung’s creepy Ballie robot, and a Sony electric car.
17 photos

That’s right, a Sony electric car. One developed specifically for the event and on display on the floor of the Las Vegas Convention Center as a support platform for all the wondrous things the Japanese company has to offer in terms of car technologies (read infotainment, audio, and so on).

The concept car has been developed using a Magna Steyr car platform, and was assembled to include technologies from two of today’s computing giants (Nvidia and Qualcomm), but also companies usually tied to the automotive industry (Continental, Bosch or ZF).

The Vision-S, as it's called, has been described as functional. It is powered by an electric powertrain that comprises two electric motors capable of developing 268 hp. They should accelerate the car from 0 to 62 mph in 4.8 seconds, on the way to a top speed of 149 mph (240 kph).

It is not the electric powertrain Sony is trying to advertise the most, but the array of advanced technologies fitted inside.

The four-seater sedan is packed with gizmos: it features a full-width display on the dashboard, complete with screens to render images captured by the exterior mirror-replacing cameras. There are even screens on the headrests of the seats, another one down on the center console, and a huge panoramic roof to top it all off.

The stars of the show are however the 33 sensors that give the Vision-S autonomous powers, and the 360 Reality Audio system.

Sony did not say anything about officially going into the carmaking business. It probably won't, but if it were to do that, this concept is not all that bad as a starting point. 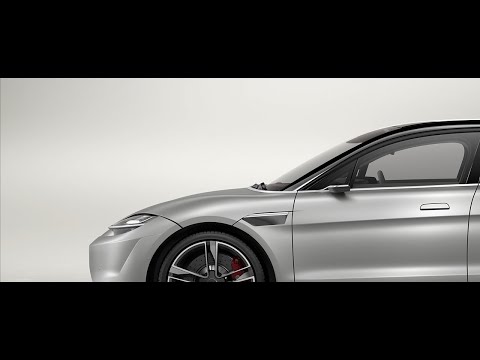