3 LIFT Hexa, the Flying Car You Don’t Even Need a Pilot’s License For

You're stuck in traffic with a mile-long jam in front of you. The only possible solution to get home faster: push a button and take off in your flying car. Every driver would want to have that at least once in his life, and movies have been showing such vehicles for decades.
1 photo
Being connected to the world via a mobile device would seem like science fiction to somebody in the 1950s. So why do we have smartphones and not flying cars? This CNBC report takes an in-depth look at the history of the flying car and its technological challenges.

The first thing we learned was that the idea of a flying car is much older than we thought. By World War I, there was already a working prototype, but people had been working on the flying car for even longer. Yet over a century later, this still isn't a mode of transportation you can buy.

The main problem with the flying car is that we're asking the machine to be good at two things. An airplane needs to be aerodynamic and support itself in the air using forward propulsion and lift. Meanwhile, the car uses its engine to drive wheels and also needs to be sturdy enough to cope with potholes and even crashes.

That didn't stop a few people from achieving the near-impossible. In 1946, the FA-2 Airphibian was revealed. It looked the part, and its creator Robert Fulton managed to fly 100,000 miles in it, but it was too expensive to mass-produce.

A few years later, the world got the Taylor Aerocar, which was both road-legal and FAA-certified. Only 5 were ever made, and a few years ago, one of them sold at auction for $275,000.

Some modern examples also exist. The AeroMobil from Terrafugia has been all over the news in the past decade, and it looks like an evolution of the Airphibian and Aerocar. However, it hasn't been fully certified and probably wouldn't pass a crash test either.

According to the CNBC report, the only true way to make a flying car is to forget about the car part altogether. VTOL or Vertical Takeoff and Landing vehicles are poised to revolutionize transportation.

Many companies, including automakers like Toyota and Hyundai, have invested billions into so-called flying taxis. Systems powerful enough for autonomous flights are becoming cheaper, while compact motors and better batteries offer just the kind of propulsion these vehicles need. 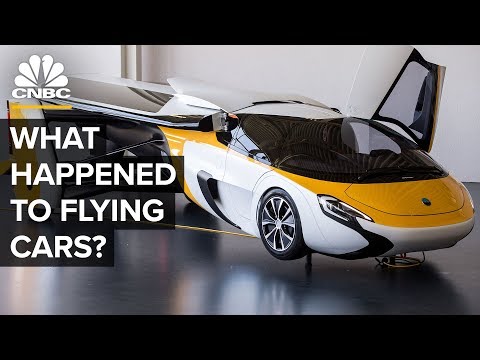