2 2018 Ford Fiesta vs. SEAT Ibiza: Which Is the Best of the Sporty Small Hatches

Home > News > Car Profile
Mihnea Radu
The Ibiza was one of the first cars to be based on the MQB A0 platform, and it was miles ahead of its predecessor. But that doesn't automatically mean it's superior to the VW Polo.
1 photo
For many years, SEAT has been using the same formula for its supermini, featuring hard plastics and less tech to make a cheaper VW Polo alternative. It's never worked on a large scale, which makes you wonder why they tried it again.

The Fiesta is still the most popular car in Britain, but the Polo is a top seller for VW now. Its success can be attributed to a grown-up approach to both design and driving.

But much like the Polo is a smaller Golf, so too is the Ibiza a smaller Leon. It's got similarly bold styling with rectangular LED headlights (not standard, obviously) and sporty creases.

On the one hand, using less soundproofing and a stiff suspension makes the Ibiza feel a little sportier. But with the steering and manual gearbox coming from the parts bin, the full warm hatch experience isn't offered. On the other hand, the Polo is still going to be more refined, which is what average buyers want.

The FR trim model does have some character, though. It features a beats sound system, infotainment with Android or Apple compatibility, a body kit, lowered suspension, and some colorful interior bits. Despite ample kit, SEAT still chooses to have wind-down windows in the back. Engine options include various versions of the 1-liter, a 1.6 diesel and the 150 horsepower 1.5 TSI. So far, there's no Cupra, although a concept car has been shown.

I guess it all depends on how much you pay for the Ibiza, and the Carwow review points out that you can get it for 20% less through their website. 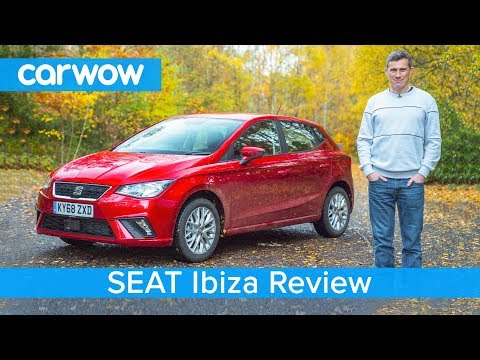