2 2021 Ford Transit Ready to Work Hard, Play Even Harder in the United States

5 Italian Designers Create A Kit That Turns a Citroen Jumper Into Its Ancestor
Car video reviews:
Up Next

Phone Update Said to Cause New Problems on Android Auto

The Citroen H panel van (aka Type H) is not exactly anyone’s first choice for a restomod, especially when there are so many Porsches, Camaros, Mustangs, or Corvettes to LS-swap and give them proper modern performance. Still, among so many iconic French automobiles, this is a sight that will forever remain impossible to unsee once you have witnessed even a single unit.

Certain design choices from automakers can always be contested, as people usually develop a love / hate relationship with them. Some are willingly assumed; others will go down in history as unintended consequences... And others will become legendary.

Now, don’t think we are actually aiming to insert the Citroen H panel van into the latter category. It’s, after all, a commercial vehicle. And not exactly that VW that became the staple of an entire social culture some decades ago. But it’s on the same page in terms of iconic traits.

We’re not talking about the shady mug, and instead prefer to refer to its signature horizontal lines on the body. The French company produced the H for almost 35 years, between 1947 and 1981, with over 473k units delivered to its customers in the meantime. That’s a good quota as far as light commercial vehicles are concerned.

And, since panel van conversions were all the rage for street food in recent times, being able to stand out in a crowd has always been considered a prized possession. That was just one of the use case scenarios that prompted designers David Obendorfer and Fabrizio Caselani to create the Type H conversion kit some three years ago.

The model was based on then-current Citroen Jumper van and came with just the retro styling – and none of the impediments of actually owning a vintage model (think about constant tinkering, appalling driving performance, hard to find replacement spares, etc.). Now, as time has passed, they’re back with a new derivative, dubbed Type HG.

Carrosserie Caselani, the coachbuilder in Italy that works to make the Type H modern dream come true for spectacular door-to-door deliveries and other related stuff, is also in charge of producing the new one. Naturally, since the same minds are behind the new creation as well.

In my own humble opinion, both are just as ugly ducklings, but totally adorable. Perhaps the smaller and newer one is even a tad cuter than its larger sibling – as the masterminds had ample time to refine their initial creation. The new Type HG is based upon the Citroen SpaceTourer (passenger) / Jumpy (cargo) versions and can even be had in a variety of configurations.

Granted, they’re not as many as with the Type H, but customers can order the coachbuilder in Italy for a passenger van, crew cab model, or cargo-faring panel van. More importantly, and with this option the appeal is quickly going through the roof, Caselani also offers the Type HG with an electric powertrain – based on the e-SpaceTourer and the e-Jumpy, respectively.

This means these cutesy things will have no problem reaching any city center, no matter how stringent the pollution laws. More so, by the look of it, the company offers the exact same options as the French manufacturer, including the complete Blue HDi range, XS / M / XL dimensions ranging between 4.6 and 5.3 meters (181 to 209 inches) in length.

Also, the electric versions include the E-Passenger Van (e-SpaceTourer) and E-Panel Van. The former can only be had with the 50-kWh battery pack, just like its normal counterpart, which includes 136 ps electric motor and a 230 km / 143 miles (WLTP) electric range rating. The latter also has a larger, 75 kWh, configuration which uses the same engine but ramps up the range to 330 km / 205 miles.

The basics are the same as with the larger model – there are no modifications to the actual body of the modern SpaceTourer or Jumpy except for the addition of the special panels that retrace the design back to the original from 1947. It’s quite mesmerizing in its simplicity, especially when looking at the front – which seems to have been recreated in its entirety.

Although it may look easy, prices are a match for the special manufacturing work involved, with the cheapest one starting at €29,400 (without VAT) / $34,721 (at the current exchange rates) and the most expensive kicking off at no less than €56,120 / $66,288 when selecting the E-Passenger Van in XL configuration.

Actually, the price list is quite extensive in both versions and options, so it’s better to see it for yourself. One interesting mention – if you bring your own vehicle, the price for the transformation kit (complete with matching body paintwork) remains exactly the same, at €14,800 + VAT ($17,485). 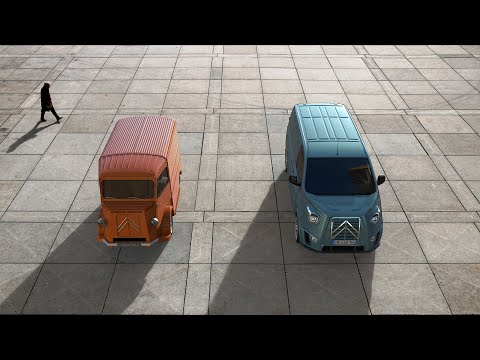 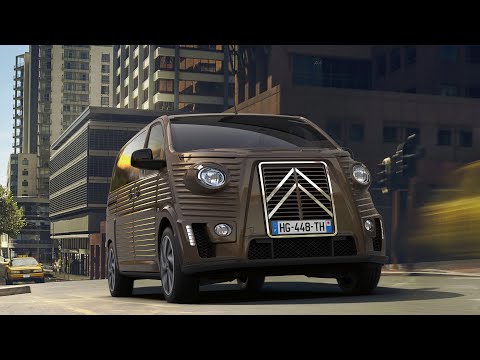 The Ford Escort Twin Cam: Paving the Way for the Escort Rallye Sport