3 This Is One of the Most Famous American Fighters Ever, It Grounded Luftwaffe in WWII

5 This Weapon Was Too Bonkers for the U.S. Air Force, Gets Second Life in War Thunder
Car video reviews:
Space Junk

Designed entirely from scratch by a 30-men team in record time, the Mitsubishi A6M quickly became the king of the sky in the Pacific War. But its history began long before the Pearl Harbor attack.

In the late '30s, the Japanese Empire was engaged in the Sino-Japanese war against China. It needed aircraft to fight against the Soviet-built Popov I-15 and I-16, the American Curtiss P-40, and some Fiat biplanes. The Imperial Japanese Navy (IJN) asked for a new plane, and the bid was won by Mitsubishi with the low-wing designed A5M. It was a massive success for those times. In September 1937, a fleet of 12 such fighter planes and 18 Japanese biplane bombers fought against 40 Chinese air squads using Curtiss P-40 Warhawks and Fiat biplanes. As a result, 20 Chinese aircraft were shot down, and not a single Japanese airplane was lost.

But IJN needed a carrier-based fighter and, in 1937, it asked for a new warbird. There were 13 specific requirements and, among them, three were the most important: speed, climb rate, and range. Mitsubishi assigned a 30-men team to design an aircraft far superior to anything on the market. A plane that had to have speed, maneuverability, heavy weaponry, and a very long-range. Of the 30, only Horikoshi Jiro (lead designer, 34 years old), Sono Yoshitoshi (structure designer, 27 years old), and Tojo Teruo (calculator, 23 year old) had engineering degrees.

The team made over 3,000 sheets of blueprints. Horikoshi focused on the propeller, weight reduction, and aerodynamics. If the A5M used the competitor's powerplant, the 600 hp Kotobuki engine made by Nakajima, Horikoshi wished to use a Mitsubishi engine. Mitsubishi developed the Zuisei engine that offered 875 hp.

On its maiden flight, held on April 1st, 1939, the Prototype 12 reached 490 kph (304 mph) at 3,800 m altitude. At first glance, it missed the request by 10 kph (6.2 mph) but, on April 2nd, the engineering team discovered that the plane had a malfunction at the pitot tube. The aircraft actually flew above 500 kph (311 mph). In September 1939, the first prototype was delivered to IJN at Yokosuka Air Base. Two more prototypes were built and sent to the Navy Aviation Bureau.

Despite the promising results, IJN requested a new prototype fitted with the Nakajima Sakae-12 radial engine. This powerplant offered 950 hp. Thus, another two prototypes using the competitor's engine were made and flew on December 28th, 1939. Another improvement was the Hamilton-design three-blade propeller with adjustable pitch built under license by Sumitomo, which allowed the Mitsubishi plane to fly even further.

The A6M Zero could fly up to 1,600 miles (2,800 km) with the external tanks. Its regular fuel consumption was 100 liters/hour (26.4 U.S. galons per hour). But an experienced pilot could easily manage 80 l/h (21.6 gallons per hour), which allowed them to stay up to 12 hours in the air. As the former IJN pilot Harakada Kaname recalled, "The A6M was heavier than the A5M, but once in the air, the controls were very light, very easy. Overall, I thought the plane was truly wonderful."

When Horikoshi Iro designed the airplane, he wanted it to be as fuel-efficient as possible. For that, he needed the A6M to be light and streamlined. So he used a new zinc-aluminum alloy called ESD (Extremely Durable Duraluminum) for the wing spars. He also ordered to drill holes in the aircraft's ribs to reduce weight. Even the pilot's seat backrest had holes in it. On the aerodynamic side, he assembled the panels with flush rivets, which had to be manually installed; and there were about 10,000 of them. Considering that the Japanese factories built over 10,000 Mitsubishi A6M-Zero, that's a lot of rivets!

The wings' thickness was dictated by three main elements: the retractable landing gear (first Japanese fighter-plane with that feature), the 20 mm Swiss-Oerlikon FF gun (later renamed Type-99 Mk.1 cannon), and the aluminum fuel tanks. Those were made without a self-sealing rubber to protect them against leaking and enemy fire. Horikoshi noticed from the A5M aircraft that if a plane was lighter and had better maneuverability, it was harder to hit and ditched all the armored protections. Apart from this cannon, the A6M also featured a twin 7.7 mm machine gun with over 600 rounds available.

These advantages of lightweight materials, fuel-efficient engines, and low wing loading compromised two factors: speed and pilots' protection. For example, the aircraft's thickest aluminum panels were on the wing's leading edge, and they were just 1.5 mm thick, but there were areas where the fuselage was just 0.1 mm (0.004"), which is the same as the 80 lbs paper thickness (the regular 8.5x11" paper). No wonder that the manufacturer added retractable steps and handlebars for pilots to climb into the cockpit.

Thanks to these remarkable design features, the A6M and its subsequent versions could outmaneuver any Allied aircraft. It fought successfully against the Grumman F4F Wildcat and F6F Hellcat, Curtiss P39, P40, and even Supermarine Spitfires and Hawker Hurricanes.. But, according to the Zero pilots, they couldn't touch the B-29 Superfortress, which could fly too high and too fast for them. With a maximum speed of 522 kph (325 mph) or 533 kph (331 mph), depending on the version, it couldn't match the American fighter planes.

Due to these differences, the Allied air forces developed a new attack strategy by diving from high altitude, performing a fire-and-forget shooting, and then climbing back. That strategy was used on April 18th, 1943, when six P-38 Lightnings performed an attack against the airplane that transported Admiral Isoroku Yamamoto, the commander-in-chief of the Japanese Combined Fleet army. Before the Zeros' pilots could react, his plane was on fire. That was a huge morale hit for the Japanese military, and represented a significant turning point in the Pacific War.

Despite being the best dogfighter in the Pacific, the Zero was eventually betrayed by its own advantages. The lightweight construction was fragile, and the fuel-efficient engine was not powerful enough. Moreover, the pilots and the Navy Commanders were so delighted by the A6M that they didn't consider ordering a new, more capable aircraft. Incapable of defending against dive-attacks, and on account of proper communications, it suffered many losses during the war.

You may find more information about this great Japanese aircraft in the videos below, so grab enough popcorn for the next four hours. 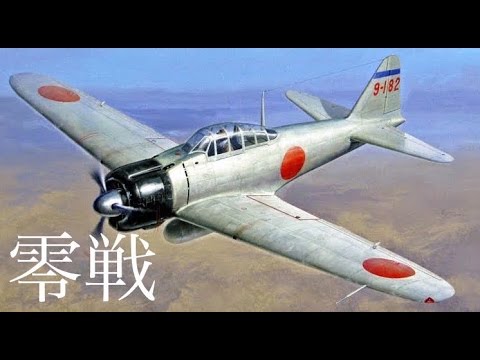 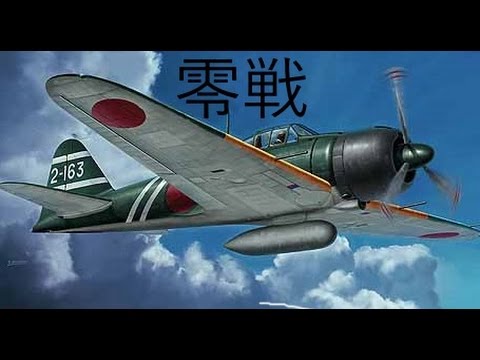 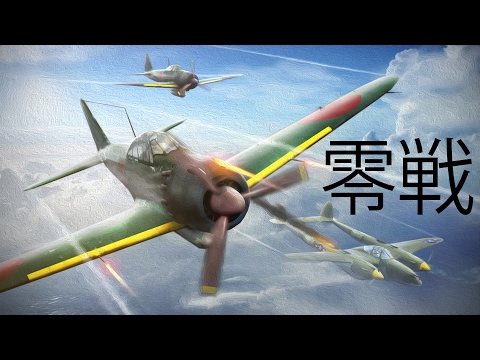 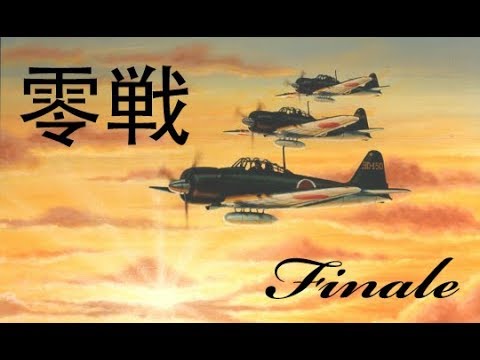