3 Hennessey Venom GT Goes to the Middle East
Car video reviews:
Up Next

Pedrosa Will Ride in 2011 with Unhealed Shoulder 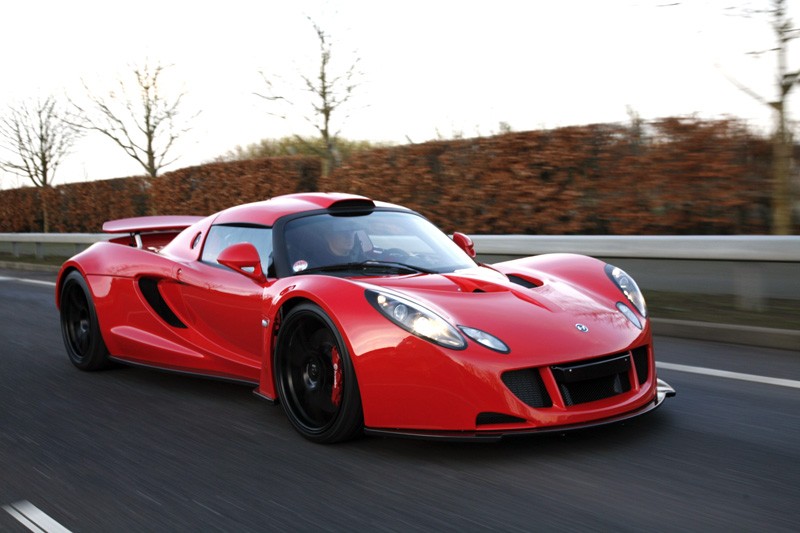 With just 10 examples being built every year, it's safe to say that the 2011 Hennessey Venom GT is one rare supercar you are very unlikely to lay your hands on, unless your name is Jay Leno that is. You might get a chance to feast your eyes with one some day, but we bet it’s never going to be as good-looking as this red example.

The tuning company has just released a full set of pictures to show off the bright red chassis number 03. Based loosely on the Lotus Elise, the Venom GT combines the lightweight British-built chassis with a powerful American V8 engine. Hennessey has stayed true to the Lotus philosophy of “performance through light weight” by making all of the Venom GT’s bodywork out of carbon-fiber.

Power comes from a Corvette ZR1 engine which has been dialed up to produce 725 horsepower. If this isn’t enough power for something the size of an Elise, then Hennessey makes a truly monstrous twin-turbocharged version with more than 1,200 horsepower on tap. The company says this is enough for an unbelievable 0 to 60 mph time of 2.5 seconds and a top speed of 267 mph.

Other features include a Ricardo six-speed sequential gearbox driving the rear wheels, Brembo brakes with 15 inch carbon-ceramic rotors, a programmable traction control system and active aerodynamics and suspension systems. The power is put to the ground via massive Michelin PS2 tires at all four corners. This thing is like a modern-day Shelby Cobra - a mix of British chassis engineering and American power.