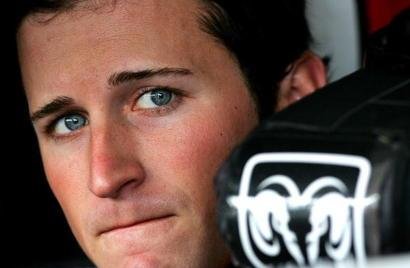 As hinted in the rumors which hit the web yesterday, 30-year old Kasey Kahne will move to drive the No. 5 Chevrolets of Hendrick Motorsports starting with the 2012 season, after the current veteran, Mark Martin, will leave the organization.

"In Kasey, we saw an opportunity to cement a big piece of our future," said Rick Hendrick, owner of Hendrick Motorsports. "He possesses incredible talent and a tremendous dedication to his craft, and we know he'll be a great fit within our company."

"Kasey has earned the respect of his future teammates by the way he's handled himself on and off the racetrack, and we know he'll be a contributor to the success of Hendrick Motorsports for many years to come. To have someone of his caliber join our team is an unbelievable opportunity for us."

This however means Kahne still has no contract for the 2011 season. Due to NASCAR's four-car limit, Kahne is not scheduled to drive a Hendrick Motorsports entry in 2011. A possible role with Stewart-Haas Racing (SHR) for 2011 was hinted this week, as the team, which takes its engines and chassis from Hendrick, announced it is considering a third car for the 2011 season.

"Determining the next step in my career has been an important process, and I'm excited and relieved to have the decision made and announced. Now it's my responsibility to put all of my energy into winning races and having a successful 2010 with my current team and our sponsors," Kahne said.