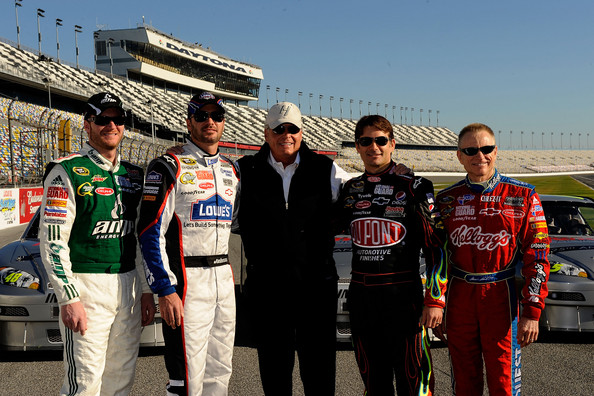 If it's not broken, why fix it? This seems to be the strategy of the future season for NASCAR Sprint Cup winning squad Hendrick Motorsports, at least as far as world champion Jimmie Johnson is concerned. When talking about the other drivers of Rick Hendrick's team, namely Jeff Gordon, Dale Earnhardt Jr. and Mark Martin, everything changes for the upcoming campaign.

And it's not like Hendrick will fire some crew chiefs in the off-season, but move them around within the organization in order for each to set new aims and challenges for the year ahead.

“This will improve us as an organization, across the board. We had a championship season [in 2010], but we weren't where we wanted and needed to be with all four teams. We've made the right adjustments, and I'm excited to go racing with this lineup,” said Hendrick, according to NASCAR.com, citing the Sporting News Wire Service.

From the 4 racing crews prepared by the Hendrick Motorsports organization, only two have made the 2010 Chase, Johnson and Gordon, but the latter failed to win a single race all season long.