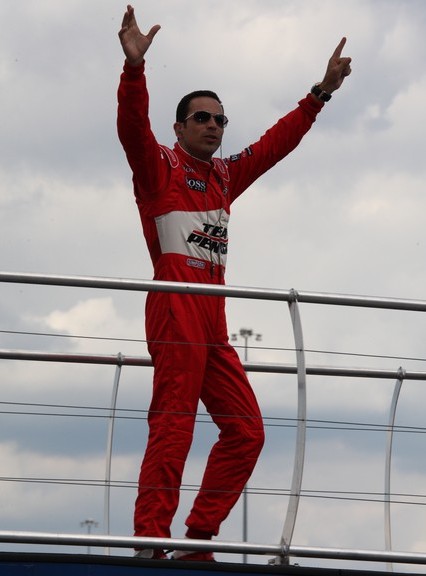 The popular Indycar race-driver and “Dancing with the Stars” winner is inches close from “dancing with the bars” as he was charged on Thursday with conspiracy and multiple counts of tax evasion. According to the indictment, Castroneves and his accomplices, namely sister Katuicia Castroneves and his lawyer, Alan Miller, face charges of defraud following the use of "an offshore Panamanian shell corporation Seven Promotions to conceal and disguise the true and correct amount of Helio Castroneves' income from the Internal Revenue Service."

Basically, the trio tried to conceal the racer's income by resorting to a series of subterfuges, one of them having been the altering of the amount Helio received from a Brazilian trading company. Through inaccurate paperwork, the dancing champ appeared to have received $200,000 from the aforementioned company instead of the actual sum of $2 million. On top of that, Helio and the other two have failed to report to the Internal Revenue Service a total of $5.5 million in income between 1999 and 2004.

According to the indictment, Helio's alleged wrong-doings ca be traced back to some of the shell companies he worked with. The money Castroneves received from Penske for his name and image rights were diverted to a Dutch company called Fintage Licensing instead of going to a previously appointed Panamanian corporation. This was done to delay US tax payments as Fintage and was set up as “deffered royalty plan”. However, postponements would have only been legal if Castroneves had no control or connection to Fintage which prosecutors say he did.

In addition, documents say Castroneves lied to Penske about his ties to Fintage and that later he failed to declare the whole amount he received off some sponsorship contracts from Brazilian firm Coimex. The tax-dodged money was then placed into a Swiss bank account co-controlled with his sister, Katuicia. Charged with conspiracy and six counts of evasion and fraud, the freshly indicted driver and his accomplices face up to +30 years of federal prison if found guilty.