3 Jessica Biel Walks Her Dog in Audi TT
Up Next 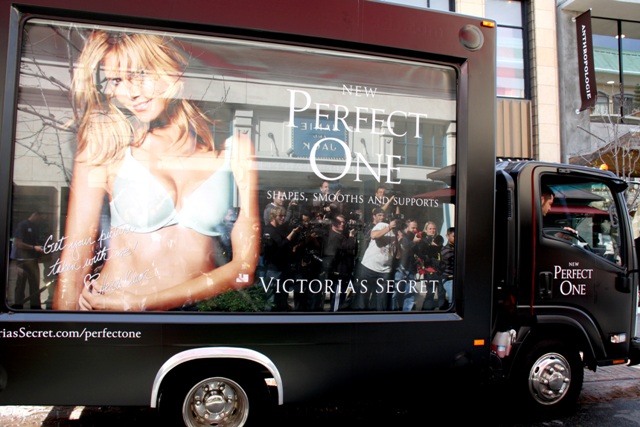 Would you get nervous if a truck carrying Heidi Klum dressed in a beautiful little black dress blocked your way? Most surely not, because, let's face it, Heidi looks perfect even if she blocked the traffic.

The 35-year-supermodel, who is the ambassador of Victoria's Secret perfect bras, has stopped the traffic in Los Anegels while she was delivering the company's bras to customers, the Daily Mail reported. The beautiful model dressed in a gorgeous black dress was in the lorry branded with a huge picture of herself to promote the new Perfect one bra. 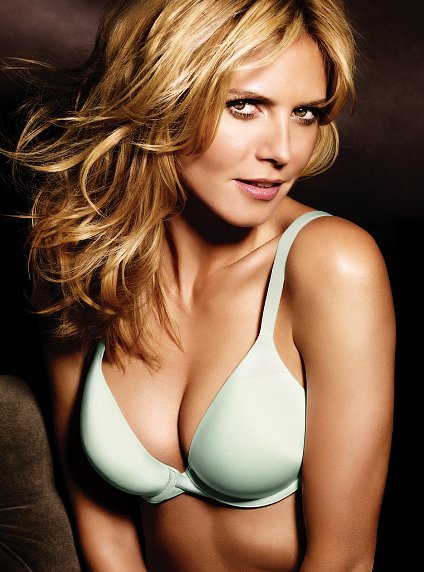 Taking advantage of the opportunity created, Heidi stepped out of the lorry and posed in front of it for the fans. Afterwards, she went into the Victoria's Secret store to meet customers and probably tell them how great the new Perfect one is. And since she was surrounded by lots of perfect bras, she let herself photographed by the paparazzi with a pink model.

In case you missed it, Heidi Klum has been promoting the new Victoria's Secret bra.

"It is basically three bras in one," says Klum. "It has padding in various places which does wonders for the bosoms," she adds.

Apart from the prints featuring Heidi Klum with the perfect bras on, the supermodel, mother of three, also stars in the TV commercial where she says "I've finally found the perfect one. They say no-one is perfect. Ha! You know what, you're looking at it."