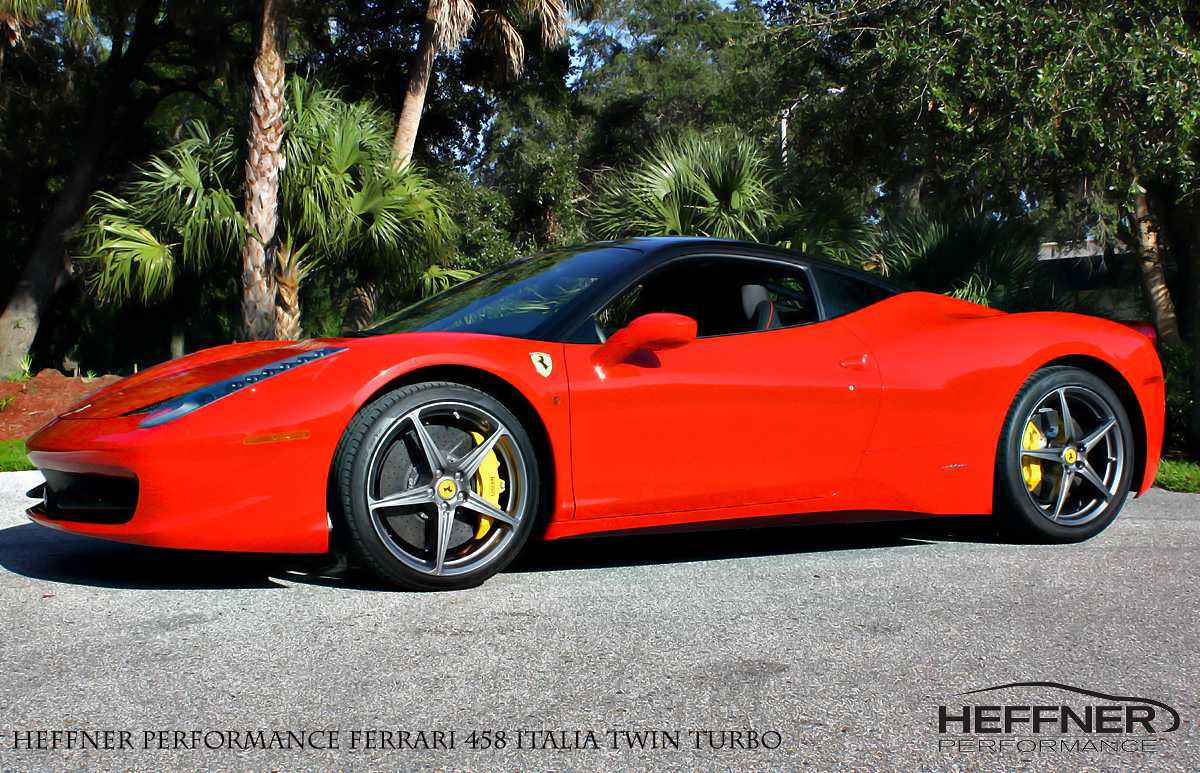 The guys over at Heffner Performance have an obsession for twin turbo-ing everything that has an engine. These people just dream about a project at night. come to the shop next morning and make it happen. They have made many owners happy, changing their cars beyond recognition with the mighty power of psi.

Now, Heffner Performance has released a twin turbo kit for the Ferrari 458 Italia, offering a lot of extra muscle (the power premium is equivalent to the total output of a hothatch) for the Italian supercar.

To be more precise, the package, which is a bolt-on development, allows the 458 to deliver 257 extra horses, which means that the driver can play with a total of 820 hp. According to the aftermarket developer, you get 5 psi of boost and you can use pump gas.

Heffner has also had time to say a few words about his latest creation, with the tuning company telling the world that this project mixes the soul of the iconic F40 with the tech side of a Formula One car.

The tuner has also released an image gallery, allowing us to take a good look at the stunning creation. Want to know the best part? The exterior doesn’t offer you any clue about the extra storm going on behind the driver!