3 The Drakkar S Smartyacht Concept Sails Itself for Utmost Convenience

5 Mogul Superyacht Is Designed by an Influencer, Aims to Be Different
Car video reviews:
Up Next

Gone are the days when the most outstanding feature of an explorer was its functionality. These days, a new trend is picking up speed among the one-percenters who also happen to have a wild, adventurous streak in them – a taste for luxury explorers.

Heesen’s XVenture Envisions the Ultimate Luxury Explorer for the Adventurous

They’re also called superyacht explorers, a term that perfectly embodies their duality: while capable of reaching the farthest regions of the world, they provide the same luxury amenities found on a regular superyacht so they can easily double as vacation charters. Even by this definition, XVenture is in a class of its own.

Designed by Heesen Yachts in collaboration with UK-based Winch Design, XVenture is a 186-foot (57-meter) vessel that is, at the same time, a fierce and reliable explorer and a floating luxury residence at sea. Think of it as a 7-star hotel, but with a body of steel that can take you anywhere you want – and carry all the stuff you might need when you get there, too.
Unveiled at the Fort Lauderdale Boat Show in 2019, the XVenture Project was designed without an owner in mind, but as the two minds behind the design say in the video below, he or she would have to have an adventurous side. Otherwise, all this would be a waste.

With a Fast Displacement Hull Form by Van Oossanehull and ice-class capabilities, XVenture is perfect for sailing the world, from the South Pacific to Antarctica, with ease, elegance and while keeping its guests and crew in the lap of luxury. Powered by twin MTU 12V 4000 M65L (IMO Tier III) engines of 1,920 kW each, it would have a range of 5,000 nautical miles. Should the owner desire more, the range could be expanded with hybrid propulsion. Top speed would be of 16 knots at half load, with a more leisure cruising speed of 12 knots.

XVenture stands out for more than its transoceanic range and the fact that it would use hybrid propulsion to lessen its impact on the environment. Thanks to its intelligent layout, it would make the most of the available 1,280 GT interior space to deliver the most luxurious accommodation and amenities.

The ample use of glazing is another highlight, with three decks out of five equipped with floor-to-ceiling glass, affording the most breathtaking panoramic views. The upper deck salon, situated right next to the winter garden and an observation deck, is the jewel in the crown, surrounded as it is by glass from all sides, including in the roof. A secondary winter garden, a swimming pool, aft deck lounging area, and a generous beach club come to round up the list of available amenities.

“Connecting to the landscape is what it’s all about,” Jim Dixon of Winch Design told Robb Report in a recent interview. “Giving owners a comfortable place from which to explore the wilderness. The interior is designed around that idea. The upper salon is as much of an outdoor space as can be achieved with all the indoor benefits of air conditioning and heating. Owners can settle down for a beautiful candlelit dinner, and then relax while cruising through icebergs.”

Since XVenture has not been designed with a specific owner in mind, the interior still renders itself to later customization. Presumably, for this reason, Heesen chooses to overlook other details about the layout and amenities.

We do know this, though: accommodation on board is for 12 guests in one master suite (also “encased” in glass and with a centrally positioned king-size bed and an adjoining private terrace for picture-book perfect mornings) and five double guest suites. Quarters for 17 crews would also be made available.

Because no explorer worthy of the name is without a full array of toys and gear, XVenture comes with absolutely everything you could ever need – or want – on an adventure. There’s a helipad with storage up top, and a double-height, fully-stocked tender garage. An Intrepid sports fishing boat, a Beachlander, and all manners of personal watercraft would fit in here, with separate storage for a submarine.

Upon launch, XVenture was presented as a project designed to create a new market. Technically speaking, that market (that of superyacht explorers) already existed, but XVenture does bring a new dimension to what has been done before. 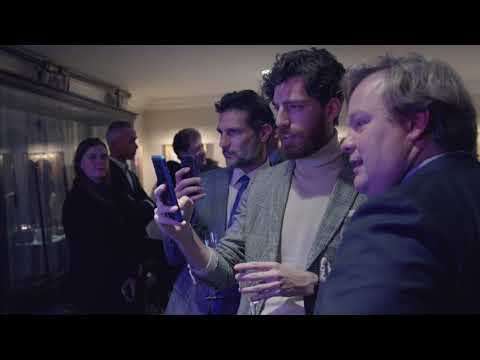