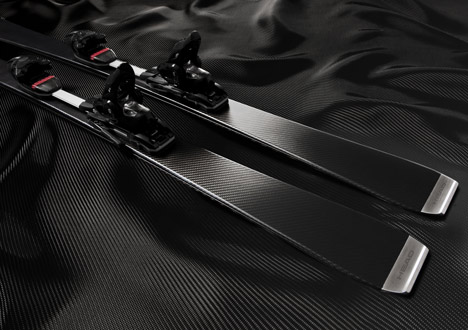 The Audi Concept Design Munich designed and developed the Audi Carbon Ski concept that combines technology from the motorsports and winter sports industries. The concept could turn to a serial-production ski with the ski specialists from Head. According to the Germans, the Audi Carbon Ski may become available already in winter 2011/2012.

In January 2011, as part of the most famous downhill race in the world, namely the Hahnenkamm race in Kitzbuhel, customers were able to test the first prototypes of the Audi Carbon Ski.

“The serial-production ski was able to borrow from the concept study, and it features outstanding technical properties. At the 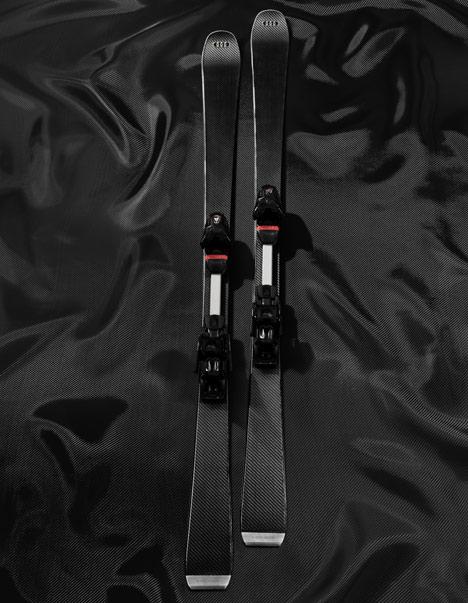 same time, its minimalist design underscores the technical nature of the carbon,” said Wolfgang Egger, Head of Design for the Audi Group.

The Audi Carbon Ski has wooden core plus layers of aluminum and titanium, all covered in a carbon case. At 1,550 grams (with a ski length of 170 cm), the ski will be about 200 grams lighter than comparable models.

“Thanks to its ideal combination of strength and light weight, carbon is used in motorsport for especially sensitive components that need to withstand the highest stress loads yet must at the same time be light in weight,” said Wolfgang Ullrich, Head of Audi Motorsport.

In the racing cars for the German Touring Car Masters (DTM) and the Le Mans sports cars, for example the new R18, the driver’s cockpit – the so-called monocoque – is made from high-strength carbon fiber.

“When creating this possibly lifesaving carbon component, we use the same calculation methods as those that were used for the concept development of the Audi Carbon Ski concept,” Ullrich added.