5 Toyota Reveals Pricing and Special Edition Info for 2021 Tundra and 4Runner
Car video reviews:
Up Next

Pocket rockets are all the rage in Japan and Europe (probably) because of the space restrictions, and when trying to reach for the last available parking space it pays off to have the best handling and performance characteristics. Also, the greatest looks won’t shame anyone when smiling from behind the wheel of a Toyota GR Yaris with the latest customization options from Gazoo Racing.
14 photos

The Japanese company has offloaded the tuning duties to its Toyota Customizing & Development Co., Ltd. subsidiary that has prepared a host of visual and performance improvements that should dial the styling to a new level for the subcompact hot hatch.

Everything is branded with the GR marker, so you won’t forget about their contribution – though on a GR Yaris their input is clearly more visible than on a Yaris Cross, for example. Starting up front, the company is offering a GR front spoiler for 66,000 yen/$621 (which actually includes both a front and a rear spoiler extension) made from PPE resin.

The GR side skirt goes for an added 58,300 yen/$550 that drops the original’s ground clearance by 30 mm (1.18 in.) and is carved out of the same material as the front spoiler addendum. If you want to go all out, you can also have the 227,700/$2,142 yen GR rear bumper spoiler and a GR sports muffler constructed out of stainless steel.

Those looking to eschew the looks for pure functionality still have something to choose from, with the Japanese automaker offering a GR strut tower bar (33,594 yen/$316) and a Gazoo Racing Recorder to keep your most precious and adventurous moments if you have 93,500 yen ($880) to spare. 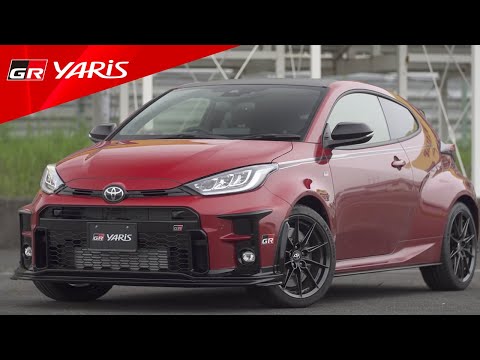