1 Japanese Driver Dominates Formula Drift Round 6 Qualifying, Top 32 Battles Are Up Next

5 Formula Drift Is Back in Business This Weekend, Round 2 Is All Set for Atlanta
Car video reviews:
Up Next

James May Hospitalized After Driving Into Wall at 75 MPH

There are plenty of reasons why drifting has become such a popular form of motorsport on a global level. Tandem battles are always exciting to watch, especially with the high-performance cars used by drivers these days. And there's always a chance that the underdog will prevail, even if he only has a considerably lower budget to work with than his competitors.
25 photos

As we plan to reveal more behind the scene secrets from North America's premier drifting series, we've sat down with several key people in Formula Drift to achieve that goal. A few months ago, we talked to Ryan Sage, one of the series cofounders, and he gave us a perspective of how much the sport has grown over the past 20 years. Speaking to one of the main judges, Ryan Lanteigne, was equally as enlightening. Start'em Young - From Junior Racer to Pro Drifter
But of course, we needed to talk to some of the drivers as well. Starting with the current championship leader seemed to be the perfect way to kick things off, so it didn't take long until we got on the phone with Matt Field. The 32-year-old pro drifter from California has racked up 506 points this season, even though he hasn't won any races so far. That means he's got a 56-points lead over Fredric Aasbo, 59 over Ryan Tuerck, and 89 over Chris Forsberg with two more events to go.

Matt made his Formula Drift debut in Long Beach back in 2010. Over a decade later, his professional life is a mix of competing in the series and running Drift Cave - a business that provides services for a wide range of track-focused vehicles.

With Drift Cave, Matt oversees the maintenance of three other FD cars other than his own: Wataru Matsuyama's Nissan, Yves Meyer's, and Joshua Reynolds' Toyota. But before diving into his decade-long adventure in Formula Drift, we were curious to learn how his love for cars came to be in the first place.

Growing up in San Jose, Matt was introduced to the world of motorsports at an early age. His dad used to compete in mud bogging before switching to off-road racing out in the desert. Naturally, Matt would join him on his exploits, and it didn't take long before he wanted a go at it too. When he was about five or six years old, he had the opportunity to get in the seat of a quarter midget, which was the first step toward an extensive career in motorsports.Dare to venture into the unknown
Upon getting a driver's license, he got to drive his grandmother's early 90s Toyota Corolla, which didn't feel impressive to him at all, given his racing background. Matt seems to share a common feature we've seen with other pro drifters before: he used to be a skateboarder before discovering drifting. Upon seeing a friend of his going sideways an S13 back in the day, he was instantly hooked on the phenomenon, and it didn't take long for him to go out and buy a Nissan 300ZX.

He quickly "graduated" from the Top Drift series, earning his license to compete in Formula Drift. Speaking about his first-ever Formula Drift, he recalls not even qualifying for the Top 32 battles as he was still getting to grips with the high level of the competition. "When I showed up at the event, there were about 65 drivers and I showed up with a stock SR20DET with a T28 turbo. I had no idea what I was doing, it was a huge step for me."

But Matt had his eye on the prize from day one, and he continued to develop his skills over the years, using and abusing the S-Chassis until he felt the need for a change. "I didn't feel like building another one. Parts Shop Max, my suspension sponsor, said that we should build a real sports car, and seeing that I liked LS engines that much, the next step came naturally. It was the craziest thing for us back then, but after analyzing all the details, we realized that it makes perfect sense."

He debuted the Drift Cave C6 Corvette in 2018 in Long Beach, and he managed to secure a P9 finish proving how much potential the American chassis has. While this isn't the first Corvette to be used in Formula Drift, it is the first one to reach this high level of competitiveness. Building this car wasn't necessarily easy, as Matt wasn't nearly as familiar with the Corvette as he was with the S-chassis, but in time he's managed to find the right balance for it.Turbo LS engines are just too quiet for me
"It was a learning experience and it got frustrating at times because we still didn't know what we needed. We wanted to build top-notch parts for the car while trying to figure out what type of roll center works best on a Corvette among other things and running a Formula Drift program at the same time. It took an army to get to the place that we're at right now, that's for sure."

The Drift Cave 'Vette is currently pushing 1,060 hp to the rear wheels, with the help of a Texas Speed 427 ci (7.0-liters) LS engine that also makes use of a Vortech Supercharger and Nitrous oxide to get to that point. "I don't care how well a turbo LS drives, it just doesn't sound cool to me, they're too quiet."

We asked Matt about the thing he loves most when driving the Corvette: "We are finally getting the weight balance and suspension dialed in, the car is extremely predictable. I know exactly where my rear tire is going to be, and I love the way it handles transitions."

Talking about one of his most difficult Formula Drift battles of all time, Matt mentioned the Top 32 tandem with Aurimas Backchis from Seattle. The two Falken Tire drivers even have a joint Youtube channel going on, which is called Frenemies. That should keep you busy for a few days in a row! We could go on and on talking about our interview with Matt, but we'll save some more details for a future story. Until then, we had a look at his progress over the years.Focus on having a good time
He finished 33rd overall in his debut season in 2010. He went through a couple of rough years, ending up in P19 and P20. But he showed everyone his true potential in 2013 when he was seventh overall, just 18 points behind Justin Pawlak.

It would take him a few more years before improving on that result, as he was fifth in 2016, just 13 points shy of third place that went to Vaughn Gittin Jr. Getting to grips with the Drift Cave Corvette wasn't all that easy, and it wasn't until 2021 that Matt Field managed his best career result so far.

With one victory to his name and an additional two podiums, he finished second overall, 31 points behind Fredric Aasbo. And this year might just be the one he manages to secure his first-ever Formula Drift title.

Matt confessed that he can't always ignore the pressure of being the current championship leader, but we're sure that he is going to be charging just as hard as before in the next two races. With more young automotive enthusiasts dreaming about a career in drifting, we asked him to provide a piece of advice for anyone who's reading this story:

"I just want to remind the young drivers that we all got to where we are now because we got in it for fun. Drifting was the most fun thing for us and we loved it, it consumed our lives and now we're here. Don't get caught up in the mystical dream of being a professional drifter and focus on having a good time, learning the fundamentals, and enjoying the journey because that's what it's all about. If you wind up where you want to wind up, you were meant to be there. If not, at least you had one hell of a time." 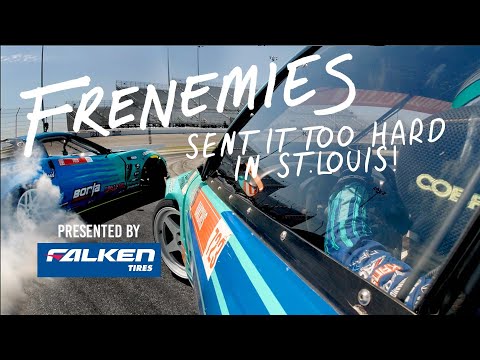 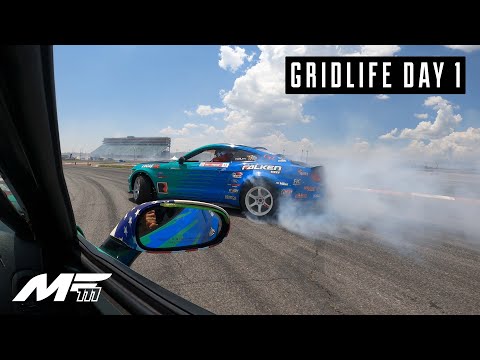 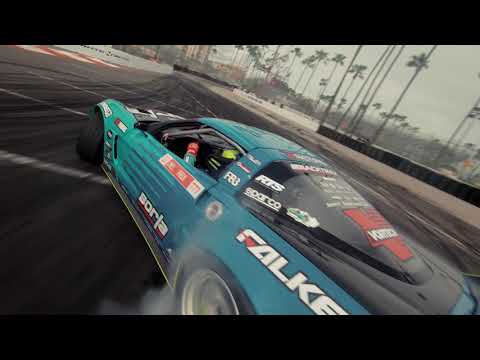 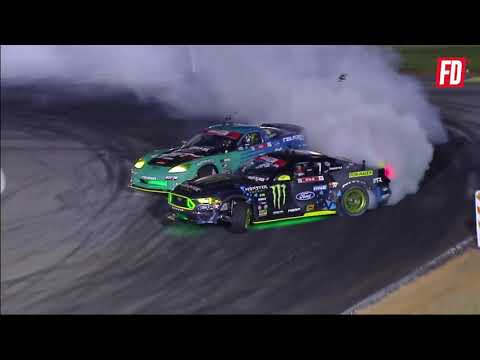