2 The Baluchon Siana Tiny Home Is Tiny but Incredibly Accommodating

4 The Bivvi A Cabin Is for the Eco-Friendly, Downsizing Modern Nomad

Depending on who you ask, the future of real estate belongs to tiny homes, off-shore real estate, prefabricated units, or smart boxes. Haus.Me is a genuine turducken for the industry: a prefab tiny that is fully sustainable, has off-grid capabilities, can be moved around endlessly, is smart and luxurious.

Haus.Me, the Vacation Home for Perfectionists, Is Sustainable, Smart and Fancy

One thing this tiny is definitely not is cheap. But you were probably expecting that.

Haus.Me was officially unveiled in 2019, but according to CEO Max Gerbut, it’s been in the works since 2016. The first units were supposed to head out to customers in the spring-summer of 2020, but we all know how the year turned out: the international health crisis put a damper on plans and delayed them to 2021.

So what exactly is a Haus.Me? It’s a prefabricated tiny home, made with a 3D composite polymer that offers super-insulation, strapped with solar panels, and offered with a large battery for off-grid capabilities. It's fully sustainable and self-sufficient, smart, gorgeous, practical, easy to maintain, and easily movable. According to the company, it’s the future and the first self-sustainable luxury home in the United States.

Though marketed as “the vacation home for perfectionists,” which makes you think its use is comparable to other tinies, it’s ideal as a permanent base. However, you can also use it as a vacation home in your fave location, whether it’s in the mountains or at the beach, the maker says. (As long as you make sure you’re allowed to have it there.)

Because the super-insulation and the small size make it 20 times more energy-efficient than any other American home, any Haus.Me unit can run on solar power alone, so that it doesn’t require tapping into an electric grid, using gas, firewood, or any other fuel. If the budget of the future owner permits, it can be made entirely self-sufficient, adding gray water filtration, air-to-water generator, shower recirculation system, air filtration, and everything else you’d need to go completely off-grid—whenever, wherever, for as long as you’d want.

Moreover, Haus.Me requires little by means of permits: in most cases, owning or renting a piece of flat land will suffice, and a Haus.Me team will drive up with it, plop it on location by crane, and you’re ready to move in within a day. It comes fully furnished (including wine glasses) and its durable shell allows for several relocations without damage, so, in theory at least, you could move house if you needed to, say, travel to another city or state for a job. You won’t be able to tow it with your family truck like you would a regular tiny home, but that’s another story.

The unit is also smart: everything about the house can be monitored and accessed remotely from your phone, starting from energy consumption, lighting, temperature, and even security. A central diagnostic system offers easy maintenance and solving of issues before they even appear. Ideal for both warm and cold climates, Haus.Me is rated against earthquakes and storms and is deemed safe “even from zombies,” thanks to security features like facial recognition and fingerprint lock.

The interior layout is fully customizable on any unit, regardless of the model. One of the videos below shows one such possible configuration, where everything is hidden when not in use, including the entire kitchen and the sofa in the bedroom. Meanwhile, the bathroom is behind the kitchen unit and, despite appearances, is quite spacious. The point with the unit is obvious: this is a smart tiny home, in every sense of the word, where you get your creature comforts at the touch of a button.

This brings us to the issue of price. Haus.Me was designed from the start as a luxury unit, with affordability being a goal for the company set into a distant future.

The company initially offered three models: the two-person one-room mOne, the three-person two-room mTwo, and the three-bedroom two-bath two-story mFour. The mFour came with a starting price of $1 million and is no longer available as an option on the official website. The mOne starts at $199,000, while the mTwo at $379,000, and neither price includes include off-grid capabilities and other extras or whatever permits your local authorities might require. 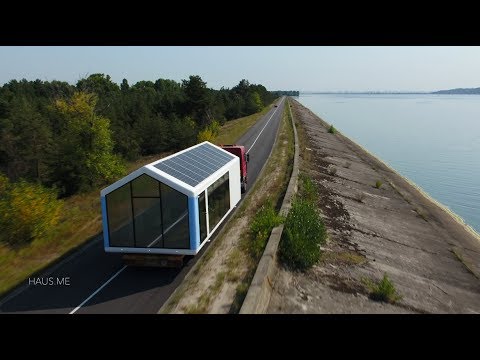 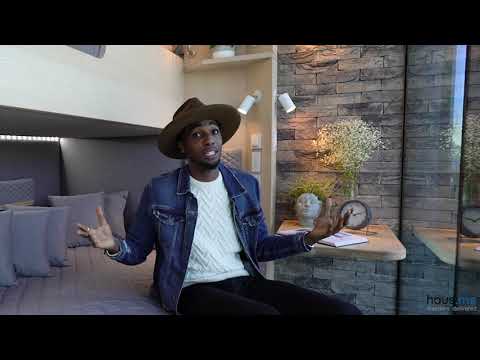