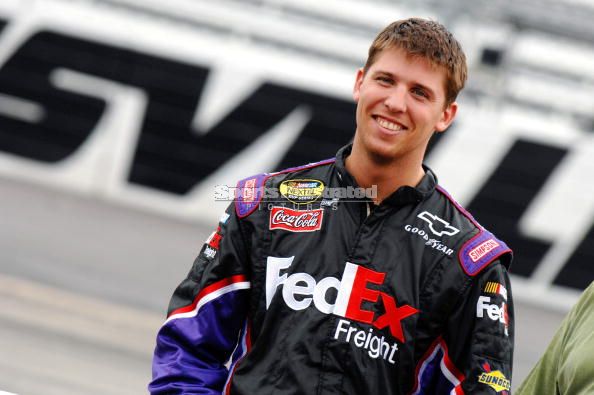 Denny Hamlin returned to his winning ways at Martinsville, as he finally put an end to Jimmie Johnson's winning streak in the Chase. The Joe Gibbs Racing driver put constant pressure on the Hendrick Motorsports title contender on Sunday and eventually managed to pass him in the second half of the race, never letting go until the finish line.

It was after the middle of the race that Hamlin really put the hammer on and closed in on leader Johnson, following the 11th caution of the day. By lap 363, Hamlin had already passed the Chase leader and tried to build enough of a lead in order to tackle the last part of the race with less pressure on his shoulders.

Following a last pit under green flag from all the front-runners, Hamlin's crew proved up to the task and eventually kept their driver in the leading position, which he never let go despite 3 more cautions. Johnson had to settle for the runner-up spot – which he wasn't too disappointed with – and further extended his lead to teammate Mark Martin in the Chase standings.

The Sprint Cup veteran finished the Martinsville race on 8th place overall and lost contact with Johnson on top of the standings, where he now trails the Californian by 118 points. Jeff Gordon could have made a great impression in the Chase standings on Sunday, had he not lost his pace in the closing stages of the race.

Although staying with the leaders for the majority of the race, Gordon lost to both Juan Montoya and Kyle Busch in the last few laps, having to settle for 5th place overall. The Top 10 was completed by Jamie McMurray and Ryan Newman, while Martin was followed from 8th place by Tony Stewart and Kevin Harvick.