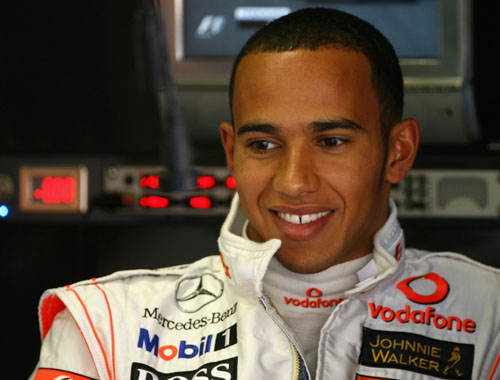 McLaren's Lewis Hamilton has officially turned his back on the 2010 Formula One season and began preparing for the campaign ahead. Although the newly-designed car for 2011 is yet to be fully built, the 2008 F1 champion already had the opportunity to experience the first feel of the new McLaren MP4-26, courtesy of the team's simulator at the Woking factory.

Keeping his and the McLaren fans updated with the latest developments for the upcoming season, Hamilton posted on his Twitter account his first impressions after spending a few hours at the wheel of the virtual MP4-26.

“Lots of neat ideas and improvements,” he wrote. “First time driving the new car and I was happy. KERS and rear wing is tricky but felt right at home with it. Our KERS is the best. It shud (should) deliver.”

Some of the new technologies that are to become part of the F1 rulebook next year are the Kinetic Energy Recovery System (KERS), returning to the series after a one-year sabbatical, along with adjustable wings to improve overtaking (drivers can adjust the angle of their front wing in order to have more overtaking chances).

The latter is a new tech as far as its F1 use is concerned, but the return of the KERS should put McLaren in a great position for the 2011 season. From all the teams using such a unit back in 2009, McLaren has been by far the most successful with its KERS, being the first team in the history of the sport to win a race (the Hungarian GP) with a KERS-powered car. Lewis Hamilton was the man crossing that finish line in 1st place, a feat which he repeated in Singapore later on.

If Ham is already used to driving KERS-powered McLarens in F1, his teammate Jenson Button will be using the technology for the first time, since his title-winning Brawn GP 001 did not benefit from it back in 2009. However, watching back at McLaren's development of their KERS in that season, Button believes his team will hold an advantage over rivals Ferrari and Red Bull next year.