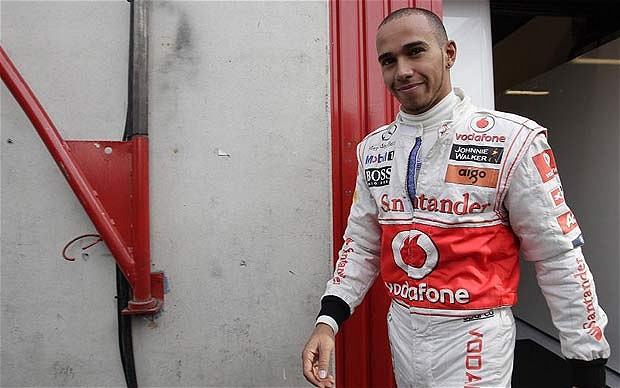 Lewis Hamilton eyes future collaborations in the world of films and music. And it's not something that some reporters have decided to write about in the media, but the very comments of the 2008 Formula 1 champion, who told Germany's Bild newspaper recently that he would fancy an “intrusion” in the entertainment world.

Yesterday, the McLaren driver confirmed that he signed a new management agreement with XIX Entertainment – headed by Simon Fuller – following a whole year during which his image had been taken care of by his F1 team.

When announcing the deal, Hamilton admitted that he agreed to sign Fuller because he “shared my ambitions for the longer term.” Discussions between those two had taken place ever since 2009, when Ham was still managed by his father Anthony. In fact, shortly after the agreement was signed, Anthony Hamilton congratulated his son for finally giving his go ahead for the new management deal.

According to Germany's Bild, it seems however that Hamilton not only targets an improved image inside Formula 1, but “wants to get away from having purely an athletic image.”

“I'm open to music and film,” added the McLaren driver, who is currently in a relationship with Pussycat Dolls singer Nicole Scherzinger, an important icon of the music world in recent years.