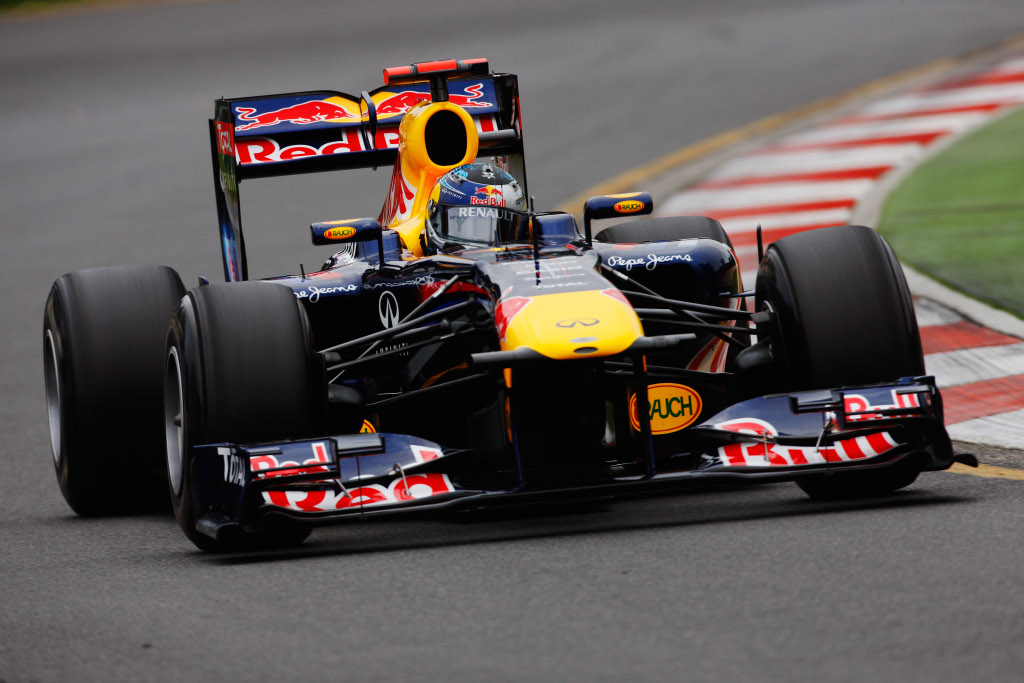 Who says the flexible front wing saga in Formula 1 was over? After endless discussions and several tweaks brought to the FIA's technical rulebook last season, the problem has now come back to the attention of some drivers in the paddock.

McLaren's Lewis Hamilton was the first to speak out about it, as several footage and video material during the Australian Grand Prix have shown that the extremities of the Red Bull RB7's front wing were bending towards the track.

In addition, the Red Bull mechanics have been spotted when trying to repair the endplates of the cars' front wings, after those parts had been bottomed on the asphalt and kerbs, according to a report from the GMM news agency.

“Have you seen Vettel's front wing?” Hamilton asked the reporters from Germany's Bild newspaper, suggesting that a big reason for Red Bull's domination in Australia was the result of the flexibility in the RB7's front wing. “Either we close the loophole or everyone will copy it,” he added.

The International Automobile Federation strengthened the wing flexibility tests last season as a result of a similar controversy – it actually doubled the loads applied to both ends of the front wing – after some teams had pointed their finger at the Austrian outfit for designing a too flexible front wing, which would boost downforce levels at high speed.

Referring to the new illegality claims, Red Bull's motorsport advisor Helmut Marko insisted it will be the same old story all over again.

“It was the same thing last year. They try it over and over, but we pass the tests every time,” he told the aforementioned source.