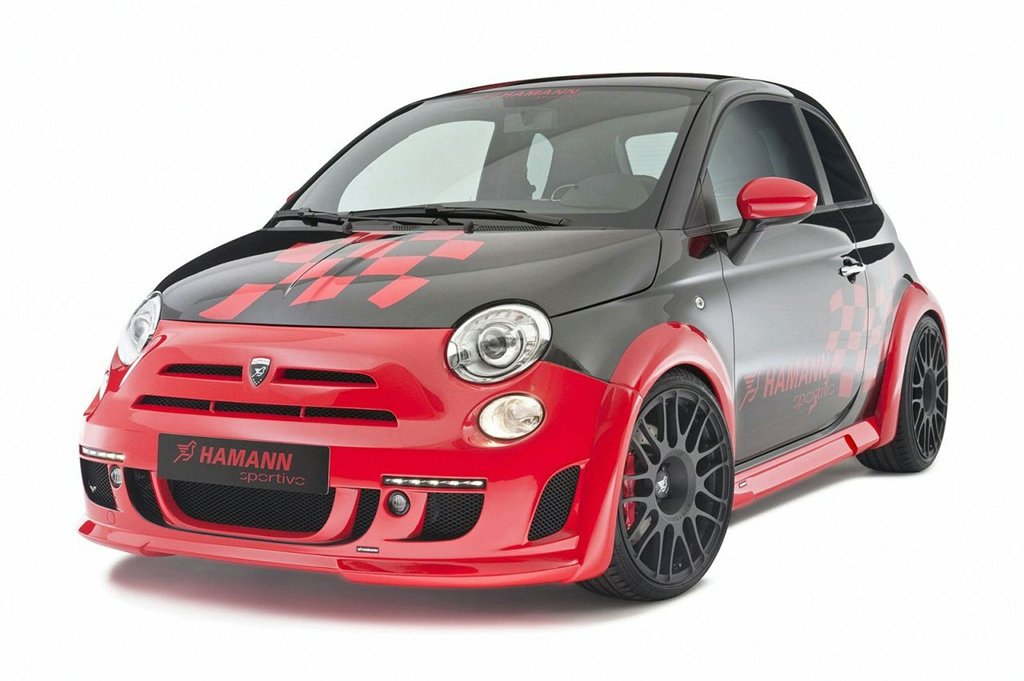 For those of you who adored the Fiat 500 Abarth and its even meaner esseesse brother, but were a bit disappointed by the fact that the little monsters were always left behind by most hot hatches when a straight line situation had to be settled, German tuner Hamann now provides an extreme solution.

Actually, the word extreme is a major understatement, considering that the Abarth’s 1.4 liter engine, which initially produced 133 HP (160 HP in the esseesse) has been whipped to produce 271 HP and 380 Nm of torque.

Hamann doesn’t want all its customers to start playing S&M games with the car, just those who are ready. As a consequence, the tuning house offers other four, a bit less lunatic, power levels for the Abarth 500.

The entry level stage, dubbed HS1, brings the “standard” Abarth 500 to the 160 HP power level of the esseesse version. The next upgrade, HSII, raises the game to 180 HP and 295 Nm of torque. Stage three, aka HSIII raises the figures to 210 HP and 310 Nm. From here on, you’ll need a safe word, as Hamman HS Race program brings 240 HP and 330 Nm through the use of a modified turbocharger, a new intercooler, forged pistons a racing clutch (lightened flywheel included) and, of course, a revised ECU software.

Just to push things a bit over the edge, the HS CINQUECENTO 575 kit (the one delivering the aforementioned 271 HP & 380 Nm figures) uses a re-engineered cylinder head with an adjusted camshaft, twin intercoolers and a self-locking differential.

In addition to that, Hamann offers a modified gearbox: this features a longer fifth gear, that decreases the engine rev by 500 rpm, allowing a higher top speed.

To cope with all that power, the car now has a Hamann sports suspension and an improved braking system featuring four-piston calipers and 264 mm or 305 mm discs. It also rides on bespoke 18-inch alloy rims.