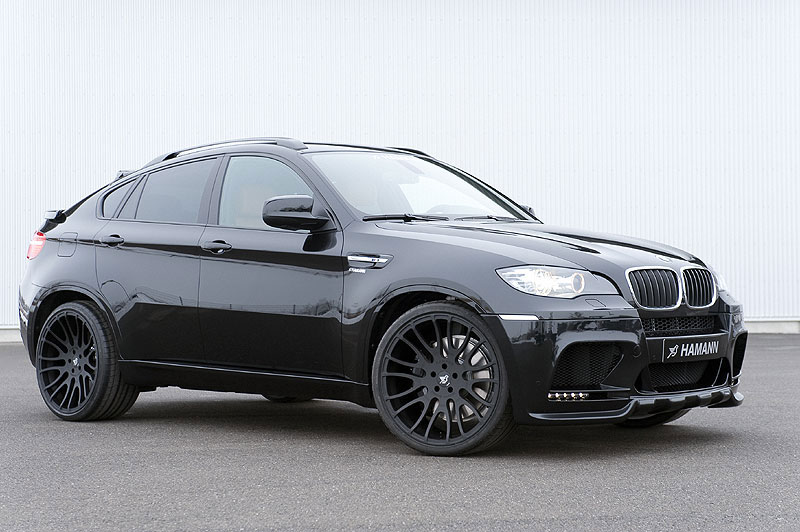 The German tuners at Hamann have just released their latest creation, the BMW X6M program, scheduled to make its official debut at the 2010 Geneva Motor Show. The new program for the M SUV, according to the few details revealed so far by Hamann, points to upgrades made in terms of both performance and styling.

Thanks to the ECU recalibration and limiter removal the SUV achieves a top speed of 300 km/h (186 mph), compared to initial figures which indicated no more than 249 km/h (155 mph).

Furthermore, the technical modifications include sport catalysts, intermediate pipe with x-venturi and a sport rear muffler with four tailpipes. The Hamann X6M also features an upgraded suspension system that reduces the ride height by 40mm.

As said, the tuners also paid attention to exterior styling features, applying an aerodynamic package that includes a changed spoiler, bigger side panels, 22 or 23-inch wheels and strategically mounted LEDs.

On the inside you can get aluminum pedals, new steering wheel, sports seats made of leather, custom floormats and several other accessories.

The tuners, however, did not reveal any pricing information, but are expected to do so at Geneva in March.