1 Workers on Strike at the Maserati Factory

2 Fiat and the Italian Unions to Meet the Economics Minister

3 Fiat Workers on Strike to Save Sicily Plant

Half of Detroit's Bus Drivers Call in Sick... 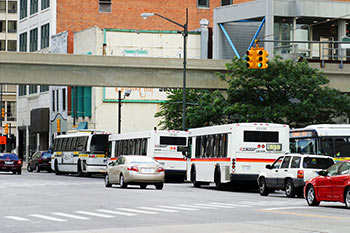 Talk about contagious! In what turned out to be a nasty surprise for the some 65,000 people traveling on an average Saturday by buses operated by the Detroit Department of Transportation (DDOT ), half of the company's drivers began calling in sick at about 4:30 a.m this morning. This meant that out of the 133 buses on the road on an any given Saturday, only 70 took to the streets today.

The strange part, if it can be called that, is that no demand has yet been made by the drivers or by the union which represents them (Amalgamated Transit Union Local 26 ). Their move, categorized by the local media as "lack of respect," made the DDOT call in everyone who was available to solve the crisis. Currently, all routes are operational, but some with delays of up to half an hour.

"All the routes are being serviced, but this is going to mean delays of up to 1 ½ hours for some of our riders,” Lovevette Williams, DDOT director was quoted as saying by DetNews. "I don't know why they called in sick and I haven't yet had a chance to speak with anyone from the driver's union.”

A possible explanation for the otherwise unexplainable situation, although not yet officially confirmed, is the funeral for a DDOT driver which took place today.

Officially, DDOT denied the union permission to use the buses for the funeral.