3 1961 Chevrolet Corvette Roadster Is Red, Save for Flanks, Engine and Canvas Top

Aurel Niculescu
We have seen some crazy things done by owners of the latest Chevrolet Corvette, and we have a feeling the C8 generation’s move to a mid-engine architecture has triggered many ideas across all sorts of imaginative minds. Arguably, some are taking things to extremes before arriving at the desired conclusion... such as going for a ride in a stripped off example that is waiting to become a widebody performance monster.
17 photos

We are still rocking the first month of autumn, but it seems some are eagerly preparing for the Halloween celebrations in October. Or, should we say “Dia de Muertos” (Day of the Dead), to be more in tune with the location where the video embedded below was filmed.

Actually, the reason why we are seeing Wendy “La Casanova” Sigala sporting a half-naked stripped off look for her 2020 C8 Chevrolet Corvette is more straightforward than this.

Earlier this year we found out about a U.S. aftermarket specialist, Sigala Designs, eagerly preparing the arrival of a custom widebody kit (the second video shows the desired outcome) for the immensely popular new generation of the American sports car.

Back then the outlet showed us some renders of their Sigala Corvette C8-RR and said they were preparing for a fall 2020 release of the actual kit. By the looks of it the schedule has had a little setback – not necessarily related to Wendy’s friendly outing around town in Mexico for a casual drive and some local food.

One the other hand, we can judge for ourselves and arrive at the conclusion there is still some work to be done before the first widebody Corvette C8-RR comes to life (coincidence or not, owned by Wendy). We didn’t have to think twice, since the Chevrolet is almost unrecognizable when lacking most of its body parts – such as the hood, doors, trunk cover, or the external mirrors.

We are against such public outings specifically because driving around without mirrors is a major safety hazard. Still, we cannot but help put a big smile when hearing one of the camera operators speak (catch him at the 3:20 mark) about the possibilities enabled by such a “skeleton” C8, such as grilling a barbecue on the hot V8 or turning it into a proper, five-seater car. 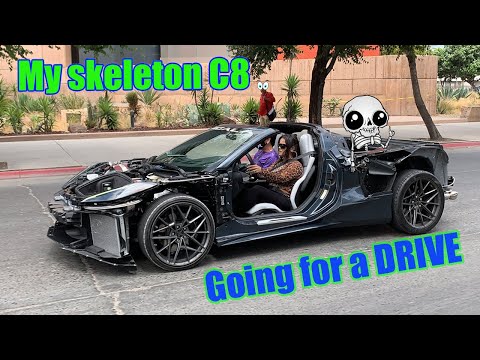 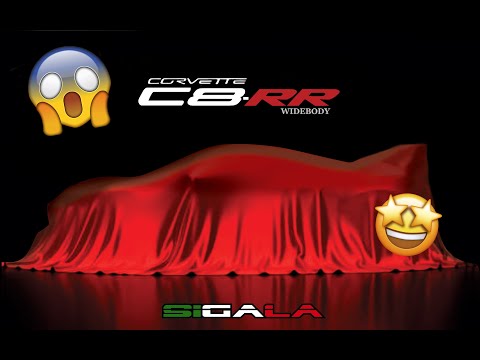