1 Can Cars Be Hacked? Verimatrix CSO Asaf Ashkenazi Says Yes. By Anyone

5 Hacker Plays Videos on Model S Display, Probably Wishes She Had a Model 3
Up Next

Man Dives Head-First Into Ride-Share Car, Then Tries to Steal It

Daniel Patrascu
Like any system that is controlled at least in part by a computer, cars can be hacked. This is a reality experts have been talking about for nearly a decade, despite that until now we're yet to see a coordinated attack against smart cars.
1 photo
Because no one did this yet, it's hard to say what the impact such an attack would have, and no one ventured in making a guess. Until now.

Advocacy group Consumer Watchdog released this week a 49-page report saying that if hackers put their minds to it, thousands of people could be killed in an instant, and the world would be thrown in a major gridlock.

They say because most of the car use the same software, one vulnerability could impact a significant number of vehicles.

"Millions of cars on the internet running the same software means a single exploit can affect millions of vehicles simultaneously," the group says according to USA Today.

"A hacker with only modest resources could launch a massive attack against our automotive infrastructure, potentially causing thousands of fatalities and disrupting our most critical form of transportation."

The same view is shared by Verimatrix CSO Asaf Ashkenazi, who in an interview with autoevolution said that anyone with internet access could hack a car from anywhere in the world.

There are, of course, some things that can be done to prevent such an event. That includes setting up special product security teams, specialized IT departments, and so on.

Consumer Watchdog, however, takes things one step further and calls for carmakers to fit kill switches that could disconnect vehicles from the Internet should the need arise.

This solution is called for given the fact that the number of cars with an Internet connection on American roads will grow significantly over the following years, possibly reaching two-thirds of the fleet.

You can read the Consumer Watchdog report at this link. 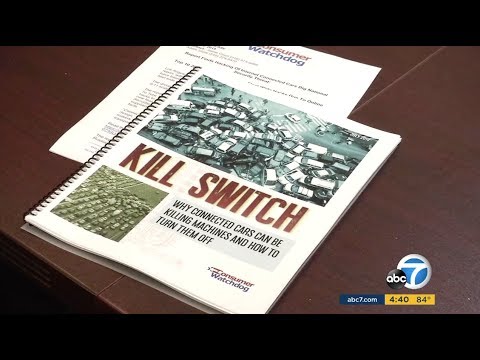