3 Tesla Model 3 Configurator Looks Like The Real Deal, But It Isn’t

Guy Wants a Tesla Model S Wagon For His Dogs, Creates it Himself

After they finish bragging about how quick the car is off the line, how quickly it charges and how very free of charge it is, every Tesla Model S owner will probably confirm the EV's outstanding practicality.
4 photos

It has four doors, five full seats and two jump seats in the back for those unexpected travelers, a second storage space in the front (affectionately called a 'frunk'), and a large trunk with a hatch opening. What more could you want?

Apparently, that wasn't enough for a man in the United Kingdom. Well, it wasn't enough for his dogs, to be more precise, so he talked to a bunch of automotive engineers in Norfolk (there's no shortage of those over there) to have his Model S turned into a wagon.

Hmm, that's not exactly unique. We've seen Tesla's EVs modified into hearses for those ultra-quiet funerals or even convertibles. Given the offer for electric vehicles isn't that varied, people who believe in this type of propulsion and aren't happy with sedans, hatchbacks or the lonely SUV are not going to wait for a manufacturer to blend their necessities (or fancies) with their desire to save the planet.

This Model S in question is going to be turned into a wagon, and that's because the owner of the EV had troubles fitting its dogs into the trunk - i.e., he wasn't able to do it. Now - and this might be hard for some to hear - the car is in the shops, waiting to have its rear side removed and replaced with a mold made out of composite material.

Normally, a wagon is going to be heavier than a sedan, but due to the choice of materials, this one could actually turn out to be lighter. Given the tonnage of the Model S, we doubt it is going to turn the battery-powered wagon into a featherweight, but any shaved off kilogram is less mass the motors have to deal with, which is good news.

The project should reach its conclusion by the end of the year when, depending on how it's received, the developers might think about offering the modification as a limited run (25 of them over a three year period) to any other Model S (and dog) owners. After all, they have the mold, they have the desire to cut things up, so why not? 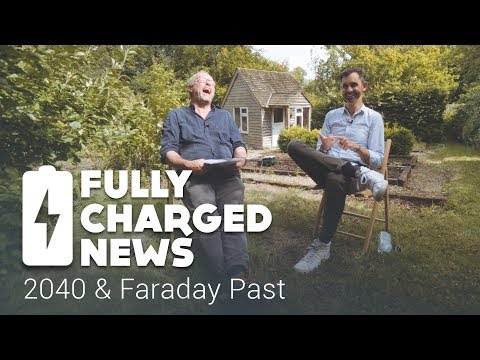