4 Guy Martin Does 78.15 MPH on the Wall of Death, Smashes World Record
Up Next

Martin was chosen by Triumph for this endeavor as part of a greater plan, which involves reaching 370 mph on land on a motorcycle. As you can observe in the photos, the vehicle “driven” by Guy Martin is a streamliner motorcycle, which has retractable wheels to keep it upright until it reaches a suitable velocity. During this run, Martin broke a 46-year-old Triumph record, but that is not enough for the famed North Lincolnshire road racer.

The bike is powered by two turbocharged Rocket III engines, which provide a total of 1,000 HP. The goal of the project is to take the Triumph Infor Rocket to a speed of 376.63 mph (606.12 km/h). However, Guy Martin has managed to set a record on this bike, as he became the fastest person riding a Triumph.

The streamliner is 25.5 feet long, just two feet wide, and three feet tall. Its engines run on methanol, and the body shell is a monocoque made of carbon fiber reinforced with Kevlar. The two power plants reach their maximum output at 9,000 rpm, according to the makers of this vehicle.

Triumph has a long history with the Bonneville Salt Flats and world speed records in general. The British brand was first represented at an event of this kind by one of its dealers, in 1954, when Pete Dalio’s Triumph shop decided to beat the world land speed record set at 180 mph (289.7 km/h).

Guy Martin did not race in other events this year so that he could fulfill other personal ambitions. Among these is setting a world record on the Wall of Death, a feat which he has already completed.

The rider also entered a 2,700-mile bicycle race, probably to hone his pedaling skills for an attempt of flying a pedal-powered blimp across the Channel. Our hats go off in a salute to Martin’s latest achievement. 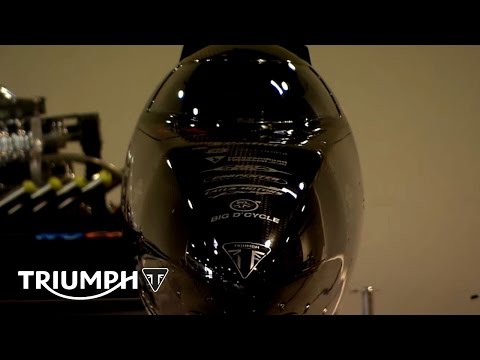 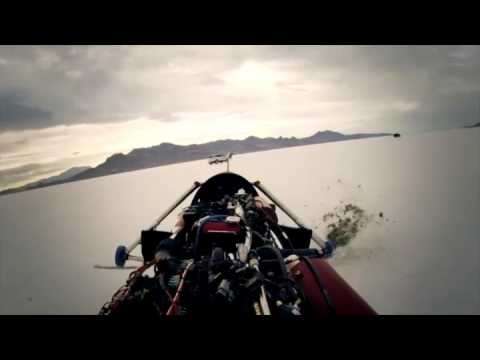