3 Meet the Chinese Copy of The Tumbler Batmobile

Ionut Ungureanu
The superrich and owners of the world’s fastest and most expensive cars have recently finished the longest leg of this year’s Gumball 3000 race, a 16 hours trip from Atlanta to New York City. After this, people were welcomed in rented jets, specially reserved and prepared for the rally, and partied all the way.
1 photo
Even though the trip was very exhausting and took a long time, Gumball fans were waiting for the drivers to show up at the line, in New York, and again welcomed them and their supercars with cheers and big smiles. Shmee, one of the guys covering the whole rally and reporting on the way, has recently uploaded a short clip on his Youtube Channel with all those beasts arriving in the city.

Even though the drivers were pretty tired they still had the strength to smile at the camera and entertain their fans that were waiting at the line. After that, the next step was taking the cars to the airport to be shifted over Europe.

Considering every Gumball 3000 day needs to end with a party, the whole gang of celebrities and racers were welcomed with another surprise at the airport, the next morning. Maximilian, Eve, Deadmau5, Xzibit and a lot of other famous people ended up starting their own party in the plain. And of course they posted a film with the hole thing on the Gumball 3000 news feed.

We know the cars are superb, but the parties this people throw are just off the hook. For instance, one of the celebrities having fun on the plane was actually filmed while passing out in the bathroom, it's the same guy wearing a Gumball 3000 tatoo on his neck. All the racers were welcomed with custom made cards announcing the details of the "Gumball Air Flight", fresh drinks and loud music. 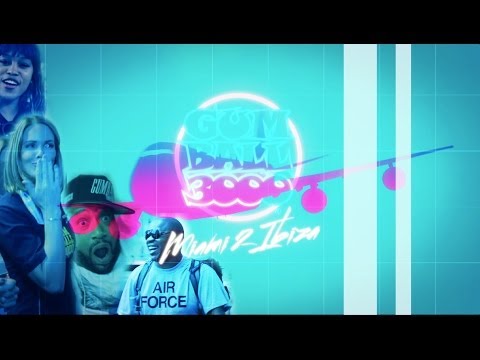