2 GTA Online Has Received A New Supercar, And It's The Fastest In The Game

Sebastian Toma
Researchers and inventors around the world are thinking of ways to make self-driving cars as smart as humans when it comes to particular situations.
5 photos

A project called Deep Drive was created in the form of an alliance between car companies, software companies, and prestigious universities from the USA. The partnership is described as a rare moment of cooperation between automakers like Volkswagen, Toyota, and Ford.

The automakers have joined forces with technology companies like Samsung, Qualcomm, Panasonic, and Nvidia to empower students at Berkeley and Princeton, among others, to develop artificial intelligence technology for driverless vehicles. Google and Amazon are also involved, as are Facebook, Intel, Microsoft, and many others.

The project is called Deep Drive, and it focuses on creating source code that will be used by autonomous cars to navigate day-to-day traffic situations. Evidently, the researchers must also think of ways to teach the system how to react in an emergency, as well as in inclement weather.

The latest idea published by one of the teams involved is to use GTA V as a test environment. While the successful video game is not open source, it does allow the creation of mods, which can be utilized for various productions, including a self-driving car.

The idea behind using GTA V for testing autonomous vehicles was to gain access to a virtual environment that simulates real life and its complex traffic situations.

In the case of this game, the researchers focused on creating an artificial intelligence system that will allow the prototype to drive itself in urban areas at speeds above 25 mph.

Humans can do this without significant effort, but existing technologies for self-driving cars oblige the driver to be ready to take the wheel at a moment’s notice, because the systems are not as advanced as artificial intelligence through direct learning, and a deep convolutional neural network could allow them. Thus, Deep Drive has created the first self-driving car for GTA V. Here’s a video of it below. 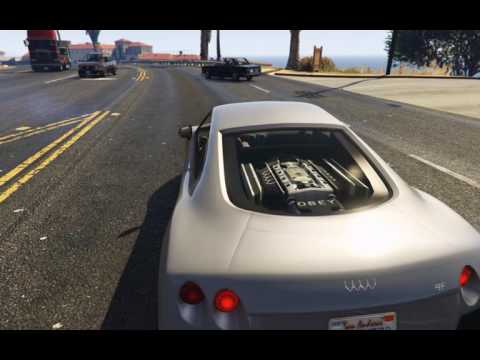