GTA: San Andreas “2021 Edition” Is the Remake Rockstar Has No Plans For

Bogdan Popa
While Rockstar itself has remained as tight-lipped as possible on pretty much everything, there’s a lot happening in the Grand Theft Auto world these days.
1 photo
First of all, GTA V is still surprisingly popular, even after nearly 8 years since it launched for the first time for gamers out there. Millions of people are still playing it, especially in the online mode, and there’s no doubt it’ll remain a successful title for a little longer.

Then, it’s the upcoming GTA 6 that’s making the headlines occasionally, as Rockstar is expected to launch the game at some point next year. Most recently, the company has started hiring testers for a new release, and this has made many believe GTA 6 is close to being finalized.

Furthermore, people close to the matter have previously suggested that Rockstar could come up with a new GTA release this year, as the company has expressed interest in launching a stand-alone version of GTA Online. And last but not least, it’s also likely to unveil a new version of GTA V for new-generation consoles, with sources indicating the ETA could be the second half of 2021.

With Rockstar said to be working on all of these as we speak, it goes without saying a remake of the original GTA: San Andreas is out of the question, no matter how much gamers out there actually beg for it.

And while the gaming community has no other option than to hope Rockstar would make such a remake happen, YouTuber Fat Dino has decided to take the matter into their own hands and create a 2021 version of GTA: San Andreas. Worth knowing, however, is that Fat Dino hasn’t recreated the entire game, something that would obviously be impossible without an army of developers, but only the intro cinematic.

They used the Unreal Engine 4, with hours of work spent on recreating the map, modeling CJ, and rebuilding animations to align with the 2021 expectations.

You can see the result in the video below, and if you’re one of those hoping to see a remake of GTA: San Andreas going live, make sure you send your feedback to Rockstar. 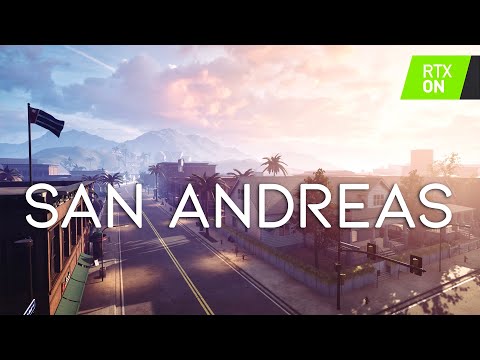