3 GTA 6 Could Be the Last Title in the Franchise, Not as Tragic as It Sounds

One Regular Pool Not Enough for This Superyacht, It Boasts a Saltwater Pool Too

Bogdan Popa
The recently released Los Santos Tuners update for GTA Online is all about cars, and needless to say, in addition to the customization side that everybody loves, the other detail that most people are interested in is how fast all these new vehicles actually are.
19 photos

Because after all, cruising on the streets of Los Santos in a heavily customized car doesn’t mean anything unless you have a worthy engine under the hood, and this is why you should always go for the fastest models in the first place.

The easiest way to determine what car in the Los Santos Tuners update sport the best acceleration times is to get all of them on the drag strip and then do the typical quarter-mile test to compare the results.

This is exactly the purpose of the video that you see here, and which was updated on YouTube channel ItzFrolickz.

All 17 vehicles included in the latest GTA Online update have been brought to the drag strip specifically for the acceleration test, and while we don’t want to spoil all the fun of watching the video, let us say just this: the results are a little surprising, especially given the real cars the GTA models are based on.

For example, you wouldn’t necessarily expect the Sultan RS Classic to be faster than the newly introduced Comet S2, especially for the reason mentioned above. The Sultan Classic is based on the Subaru Impreza 22B STI, while the Comet S2 started as a Porsche 911 (992) and features several upgrades, including an active aero rear wing.

On the other hand, you shouldn’t necessarily be surprised that the slowest in the whole pack is none other than the Warrener HKR. Based on the 1974 Datsun Sunny and also introduced as part of the latest update, the car needed 14.77 seconds to complete the quarter-mile test after a painfully slow start. 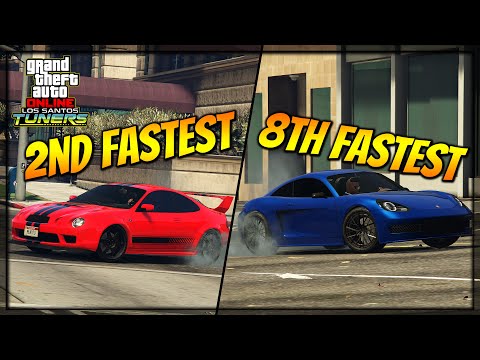