4 Grand Theft Auto Playing Seniors and their Reactions Are Epic

GTA Online Has Received A New Supercar, And It's The Fastest In The Game

Sebastian Toma
GTA Online now has a new supercar, and it has become the fastest in the game. It is called Grotti X80 Proto, and it was included in a DLC update called “Further Adventures in Finance and Felony.”
3 photos

The latest update was released a few weeks ago, but the developers of the game have put this new car online today.

According to VG247, the Grotti X80 Proto has become the fastest car available in GTA V. Unfortunately, for beginner players in GTA Online, the vehicle costs $2.7 million of in-game money. That is a lot of playing time, if you ask us, but having the fastest car in the realm must be worth it for some.

The car that used to be the fastest in the game was called T20, but the new model comes with improved straight line speed and acceleration. However, its braking performance is not as advanced, but traction is improved when compared to the T20.

Players will still have to adjust their driving to the acceleration capability when compared to braking performance, so keep that in mind if you want to race the X80 Proto and just shelled up $2.7 million out of your virtual wallet.

GTA’s new fastest car has a look inspired by the Ferrari F80 concept car, by Adriano Raeli, but with different features to differentiate it. As most of you know, the developers of GTA have not used any trademarked designs or names for their vehicles, thus the weird look of some in-game cars.

The new car is sold by “Legendary Motorsport,” and is the GTA’s equivalent of a hypercar. Its description says it all: “The cause of more UFO sightings across San Andreas than any other production vehicle of the decade, the Proto is the kind of concept car you get when your head of R&D is an 8-year-old child with a stack of comics and a bowlful of MDMA. The future is here.” Funny, as per GTA fashion. 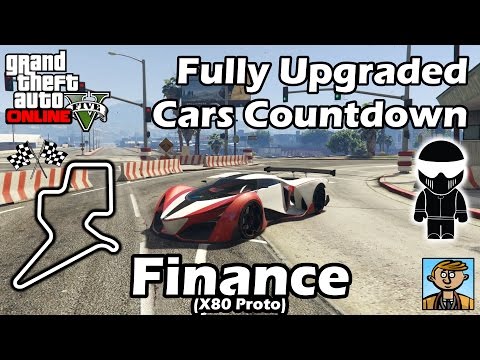