4 GTA IV Remaster No Longer in the Cards, Rockstar Fully Focusing on GTA 6

5 Massive GTA 6 Leak Includes Everything from the Launch Date to Story Details
Car video reviews:
Up Next

While Grand Theft Auto V and GTA Online are still selling like hotcakes, GTA 6 is already on everybody’s lips, especially following a massive recent leak that provided us with a lot of details regarding the next iteration of the famous franchise.
6 photos

Without a doubt, the release of Grand Theft Auto VI is one of the most anticipated gaming events of the decade, but on the other hand, Rockstar does an amazing job when it comes to keeping most of the juicy details away from the press.

In the meantime, fans are just doing what fans do better: they make themselves heard, trying to let Rockstar know precisely how they want GTA 6 to look like when it’s ready to launch.

Graphics design studio TeaserPlay has decided to go a step further, so it created a GTA VI concept using Unreal Engine 5. If you’ve never seen Unreal Engine 5 at work, this concept video is the best opportunity for such a thing, as it perfectly shows how amazingly realistic the world of gaming can become.

While we’re trying very hard to avoid providing you with spoilers on this fantastic GTA 6 concept, we can’t help but applaud the work the studio has put into this project. Everything looks utterly realistic, and we’d honestly be lucky if Rockstar decides to make GTA 6 look at least half as good as this concept.

In the meantime, rumor has it that the next iteration of the Grand Theft Auto franchise wouldn’t be here earlier than 2024. This is because the work on the game is still in its early phases, according to people familiar with the matter, with others claiming that the launch of GTA 6 could even be pushed back to 2025.

While the ETA is obviously unclear, you’d better not hold your breath for GTA 6 right now, as it’s pretty obvious the launch isn’t yet on the radar. 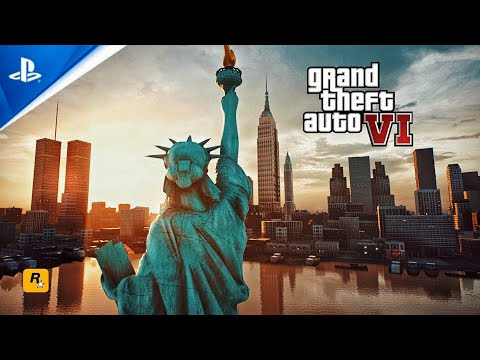