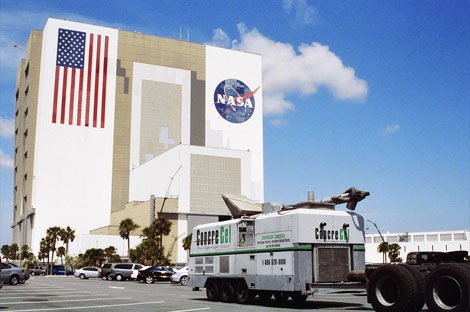 If you haven't gotten tired already of the debate surrounding the now historic Toyota unintended acceleration issues of last year, then here's, once again, a little something to get your blood pumping: Toyota is to blame, NASA and the NHTSA have discovered evidence of that, Transportation Secretary LaHood lied when he said Toyota is clean and all the dead should be brought back to life.

Sometime in February, NASA, an organization the Americans trust nearly as much as they do God, released the report of its investigation on the Toyota acceleration issues. NASA said, more or less, that it “found no evidence that a malfunction in electronics caused large unintended accelerations."

That's BS, cried on Monday The Safety Record, Safety Research & Strategies. According to them, NASA identified numerous failures in Toyota electronics, but Toyota used its magic and influence to change the facts.

Apparently, the National Highway Traffic Safety Administration (NHTSA) is in on it too, having asked for no help from “independent engineers with expertise in vehicle engine management design, validation and testing to assist them in evaluating Toyota's system.”

The group says that it relies on claiming all that on a very thorough inspection and proof reading of the NASA report, and that it found “several scenarios in which engine speed can be increased, RPMs can surge, and the throttle can be opened to various degrees in contradiction to the driver's command.”

"These studies were far from independent. They are the products of Toyota's involvement and that of the company's litigation defense experts who provided the statistical analysis that the agencies used to dismiss the physical evidence that showed flaws in Toyota's electronics," said SRS president Sean Kane.

"Contrary to Secretary Ray LaHood's pronouncements, the investigations actually showed numerous ways that Toyotas can experience unintended acceleration without alerting the fault detection system. They were simply dismissed as unlikely."