The 1980s are most famous for the launch of MTV, kitschy clothing, the Jamaican bobsled team successes at the Winter Olympics, Wayne Gretzky's rise to fame and the horrific Glam metal rock bands. Of course, almost none of these famous bits are very important to our readers so we'll talk instead about what was probably the best period in rally history – the Group B monsters. These mean machines found themselves at the pinnacle of motorsport madness and were most likely the reason for the expression “motorsport is dangerous”, which we can find on the back of the ticket to almost every racing event we attend today. A clever beginning

It all started in 1979 when FISA (Fédération Internationale du Sport Automobile), which was then the name of the FIA's division in charge of motorsport regulations, made four wheel drive legal. Just a year later, Audi had dropped everybody's jaws by successfully entering an all wheel drive car in rallying, the now commonly referred to as the Ur-Quattro. In 1982, a new set of regulations appeared on the rally scene, which would eventually lead to the appearance of Group B. The major differences between Group B and the previous ones were the very few restrictions imposed on technology and the number of road cars required for homologation, which was lowered to only 200 cars.

Since most rally cars were already turbocharged by then, no limits were imposed on the boost pressure or the materials used either, which could only mean that all major car manufacturers were given a free dish at the dinner table. The concept itself meant that any manufacturer could use this racing category as its personal playground, therefore benefiting from a huge marketing tool. 1983 saw Lancia win the Constructor Championship with the 037 prototype. AWD horsepower monsters
After the first year, all Group B cars rapidly developed from very fast racing cars to all-wheel-drive adrenalin-pumping beasts filled with the amount of technology you could find in the first space shuttle. Aluminium, magnesium and kevlar are just a few of the cornucopia of high-tech materials which could be found in a regular Group B supercar. They had quickly reached a point where the best of them were actually quicker than a Formula One car. F1 champion Nigel Mansell once tested a race-prepped Group B Peugeot 205 T16 and actually said that he felt the little bugger could out-accelerate his F1 car. Considering other rally cars like the Lancia Delta S4 in race-stage form could go from naught to 100 km/h (62 mph) in under three seconds on gravel, we tend to believe Nigel.

It is said that rally legend Henri Toivonen once drove his Delta S4 around the Estoril Formula One track so fast that people who timed him said he would have qualified 6th for the 1986 Portuguese Grand Prix. Pretty impressive, especially taking into account that the Lancia was made to be used on asphalt, gravel, snow, mud etc. The Group B monsters became so blistering fast that the pilots' reaction times had to be cut in half from the previous rally classes. If that doesn't scare normal people, we don't know what does.

"Rallying has reached a point such that the speed limitation is the profile of the road. If everything goes right for the drivers, there is no more than two or three seconds of difference on a stage. Which means the judge is not the car, the tires, or the drivers - it is the road. They cannot go any faster!" Maurice Guaslard, the former head of Michelin's rally program once said.

After the 1983 Lancia success, a year later Stig Blomqvist managed to give Audi a world title in the newly created rally class. Having no connection with Top Gear's mysterious test driver, Stig managed to dominate the 1984 season at the wheel of the “old” Audi Quattro, which was getting ready to be replaced by the S1 ogre. 1985 was S1 Quattro's first full season, but overall victory eluded it because of the Peugeot 205 T16, which was part of Peugeot's strongest rally team ever. With Ari Vatanen and Timo Salonen as team drivers and the future-Ferrari-F1-man Jean Todt as race manager, the French managed to win the world championship in both 1985 and 1986 editions.How it all ended
Although we can safely assume that the Group B rally drivers were probably based not on carbon like all other humans, but on the same substance that legends are made, the number of accidents began to  rise rapidly. The first near-fatal crash came when Ari Vatanen lost control in the Argentinian rally, in 1985. In the Corsican rally that same year, Lancia driver Attilio Bettega died after crashing in his 037. That year was also when more manufacturers realized the marketing potential of the series and started investing huge amounts of money into new groundbreaking technologies, making cars go faster and faster. 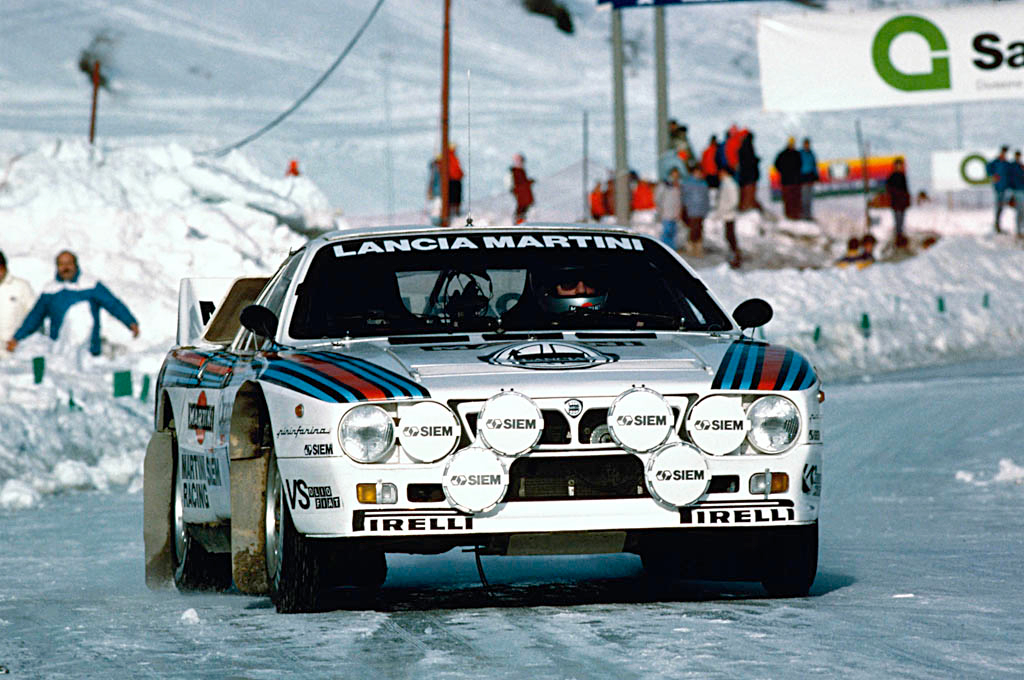 Cars like the mid-engine Ford RS200, supercharged AND turbocharged Lancia Delta S4, 500+ hp Audi S1 Quattro and the tiny-but-furious Peugeot 205 T16 managed to drop a lot of spectator jaws. Unfortunately, the number of casualties was increasing at the same time as the speed of these beasts. In the 1986 Portuguese Rally, Joaquim Santo plunged his Ford RS200 right into a crowd of spectators, killing three people and injuring another 31. Even though all the teams had immediately pulled out of the rally, the championship continued.

The final blow to the Group B happened later that year, at the Tour de Corse stage of the Corsican Rally. Henri Toivonen was leading the championship with his innovative-but-vicious Lancia Delta S4 when disaster struck. In the 18th stage of the rally, his Delta S4 flew off the road, crashed into a ravine and burst into flames. Since the crash spot was very remote, rescue teams could only get there after almost half an hour, only to find the blackened space frame, the engine and the dead bodies of Henri Toivonen and Sergio Cresto, his co-driver, still sitting in their seats.

Within just a few hours of Toivonen's fatal crash, the FISA decided to ban the Group B season from 1987, while Audi and Ford completely withdrew from the class that very same day. Toivonen's last public word's before entering his final rally stage were: “It's hard to keep up with the speed.” Kind of makes you think, doesn't it?