Cosmin Vasile
Dark Souls is a huge name in the gaming industry, but so are racing series like Need for Speed, Forza Horizon, and Gran Turismo. Weirdly enough, the folks from Heart Core take core mechanics from both genres and mix them together in their upcoming indie game called Gripper.
16 photos

Gripper plays from a third-person perspective, but the game switches to a top-down camera during boss fights, at least those that I’ve seen. It’s a strange yet required change for what the developer wants to do in Gripper. I mean, pushing players on two-wheelers to fight a soulslike boss in an arena sounds easy to do on paper, but in reality, the experience must be flawless to work.

Ultimately, the fact that you’re fighting bosses from a top-down perspective is the way to do this because speed is an essential part of every battle, so not being able to see where the boss is at any given time would be extremely frustrating.

That said, Gripper is probably going to appeal more to soulslike fans rather than those who play racing games more often. It’s hard enough to be frustrating, but also satisfying when you manage to best some of the bosses, just like a soulslike game. On the other hand, the futuristic motorcycle that you’re riding is the only thing that ties the game to racing games.

Although Gripper is a story-driven action game in a cyberpunk setting, I have little to say about the narrative. The short demo has very few story bits, but my expectations are kind of low when it comes to this aspect. From what I’ve been able to experience, Gripper focuses more on gameplay rather than narrative, again, just like a soulslike game.

Boss fights are a bit weird at the beginning since you’re rarely given hints, but once you learn what you can and can’t do on your two-wheeler, they become more interesting. Winning boss fights will earn you experience, which will allow you to improve your ride. Slots in your motorcycle can be unlocked and filled in with various upgrades that will massively help with boss fights.

Instead of the well-known “Estus” flask, you get a Health kit with three charges that can be upgraded using experience. However, unlike in Dark Souls, you can get health drops in arenas by destroying the environment.

The most basic weapon that you’ll be using is a special hook, a very useful tool if you’re fighting a boss that can be dismembered. In fact, you can even use some of the parts that you manage to detach from a boss, which makes these fights even more unpredictable and fun.

Regardless of what boss you fight, you’ll be driving non-stop around the arena, trying to dodge the boss’ hits while figuring out a strategy to take it down. You’ll die a lot, especially in the beginning when you don’t have any upgrades on your motorcycle, but that makes it more satisfying when the boss is dead.
Conclusion
I’ve been pleasantly surprised by Gripper, a game that’s been on my radar for a few months now. The demo I’ve played isn’t that long, but I feel like it’s representative of what the rest of the game will offer. The steep learning curve will probably prevent many racing fans from finishing Gripper, but I’d still recommend it because it’s so much fun when you figure out the right strategy.

Gripper doesn’t have a release date yet, but the game is expected to be launched on PC (via Steam) in Q1, 2023. Considering that in-between boss fights you’ll be racing on tracks populated with various obstacles like in anti-grav games, I feel like there’s enough racing and boss fights in Gripper to satisfy fans of both genres. Difficulty-wise, Gripper is truly the Dark Souls of racing games. 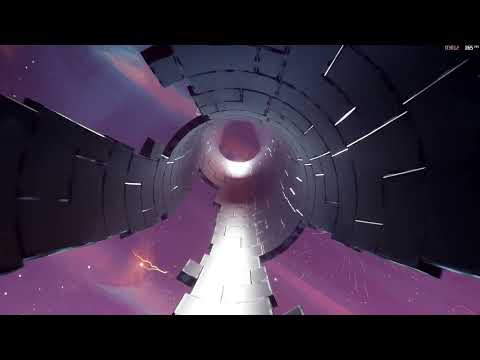 Editor's note: Preview code was provided by the publisher.