3 Grid Legends Launches in 2022 With Storyline Elements, Watch the Trailer

Home > News > Videogame Reviews
28 Feb 2022, 11:01 UTC ·
by Cosmin Vasile
Almost every high-profile racing game coming out after Forza Horizon 5 is bound to be compared to Playground’s masterpiece. Not to mention that Gran Turismo 7 is just around the corner, so any developer hoping to surprise fans of the genre with the accuracy of their game’s driving mechanics will have a very hard time accomplishing their goal.
34 photos

But the world doesn’t stop with Forza Horizon and Gran Turismo franchises. As a racing game fan, I’m 100% certain you can find joy in playing other titles too, you just have to find your niche. GRID Legends is trying to recruit its audience from two fan camps: arcade and simulation.

The latest entry in the GRID series and the first after Codemasters, the team behind the franchise, has been acquired by EA, GRID Legends attempts to refine the formula established by the previous titles and come up with something new at the same time.

That something “new” is a very polished story mode called “Driven to Glory” that uses real actors like Ncuti Gatwa (Sex Education) and Callum McGowan (Jamestown) to offer players an insight into what it means to work your way up from the amateur league to the Gauntlet.

It’s the classic underdog story filmed using the newest virtual production. Although some of the older GRID games had this conflict between teams/drivers in the background, it never got in the spotlight until Driven to Glory. Fans of the series who played Race Driver: GRID, GRID Autosport and the more recent GRID (2019) will probably recognize a recurring name that pops up in all these games: Nathan McKane.

A five times GRID Series World Champion, Nathan McKane and the Ravenwest Motorsport team are aiming for the sixth title, and the only drives that might stand in their way are Valentin Manzi (Voltz Racing), masterfully played by Ncuti Gatwa, and you, Driver 22 (Seneca Racing).

I want to believe that great drivers aren’t jerks like Nathan McKane, but other than that, Driven to Glory is a cliché story featuring common character stereotypes. It’s pretty much similar to F1’s Braking Point story mode, although I feel like GRID Legends’ Driven to Glory, which is inspired by Netflix’s documentary Formula 1: Drive to Survive, is a bit more refined and better designed.

Driven to Glory is the first thing I would recommend players to tackle before moving to the main course. Although racing games aren’t particularly known for their interesting narrative, the story mode is the perfect way to get to acquainted with GRID Legends’ driving mechanics. More importantly, Driven to Glory takes players through multiple iconic tracks, behind the wheel of an eclectic range of cars from nine vehicle categories.

The average player should finish GRID Legends’ story mode in 8 to 10 hours, but veterans of the genre will have it done much faster. It took me around 6-7 hours, but it was quite enjoyable, and you can always move to another segment of the game and return to the story mode if you’re getting fatigued by the narrative.

Outside Driven to Glory, GRID Legends has plenty to offer with more than 100 cars available to drive and 22 locations. Veterans of the series will probably be pleased to know that Career Mode has returned and it’s better than ever. It has about 250 events that can be tackled using multiple classes of race vehicles, including electric cars and stadium trucks.

Time Trial, Drift and Elimination modes are also here to spice up the activities roster. While cars that you own can be upgraded, don’t expect the same level of intricacy offered by the likes of Assetto Corsa Competizione, Gran Turismo or RiMS Racing.

The driving mechanics in GRID Legends have been polished even further. Controls are tight and the focus is now on speed rather than strategy, especially when taking corners. You can be really fast in GRID Legends even on tracks with multiple curbs, you just need to time the brake and drift correctly.

Each car class drives differently, which is a serious concern in story mode where you’re jumping from car to car like there’s no tomorrow. One of the more controversial features included in the game lets you rewind time if you make a mistake during your race. You can only use it three times throughout a race, and I think those who are against it can simply refrain from taking advantage of it. Considering that the game’s entire driving physics are so forgiving, I don’t see why such a feature wouldn’t be there to help newcomers to the genre recoup from that one mistake.

Overall, GRID Legends achieves what it sets out to do: provide an enjoyable simcade driving experience to both veterans and newcomers to the racing genre. The game is far from being perfect, which is why it will probably invite a lot of criticism from purists, but I had a great time with GRID Legends.

Although it doesn’t go as deep as Gran Turismo when it comes to the history of racing, and it’s not as flamboyant as Forza Horizon, GRID Legends is highly palatable regardless in which camp you stand, arcade or simulation. GRID Legends is the perfect starting point for those looking for a casual racing game, just don’t go in expecting miracles. 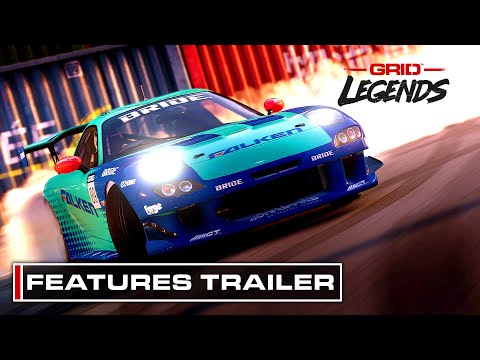 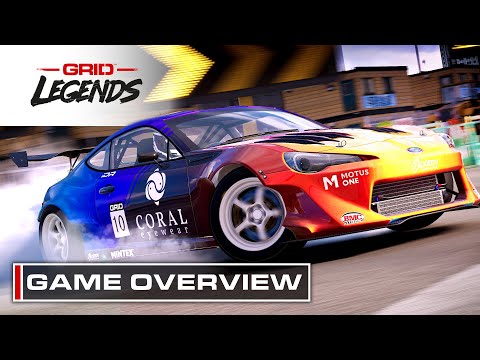